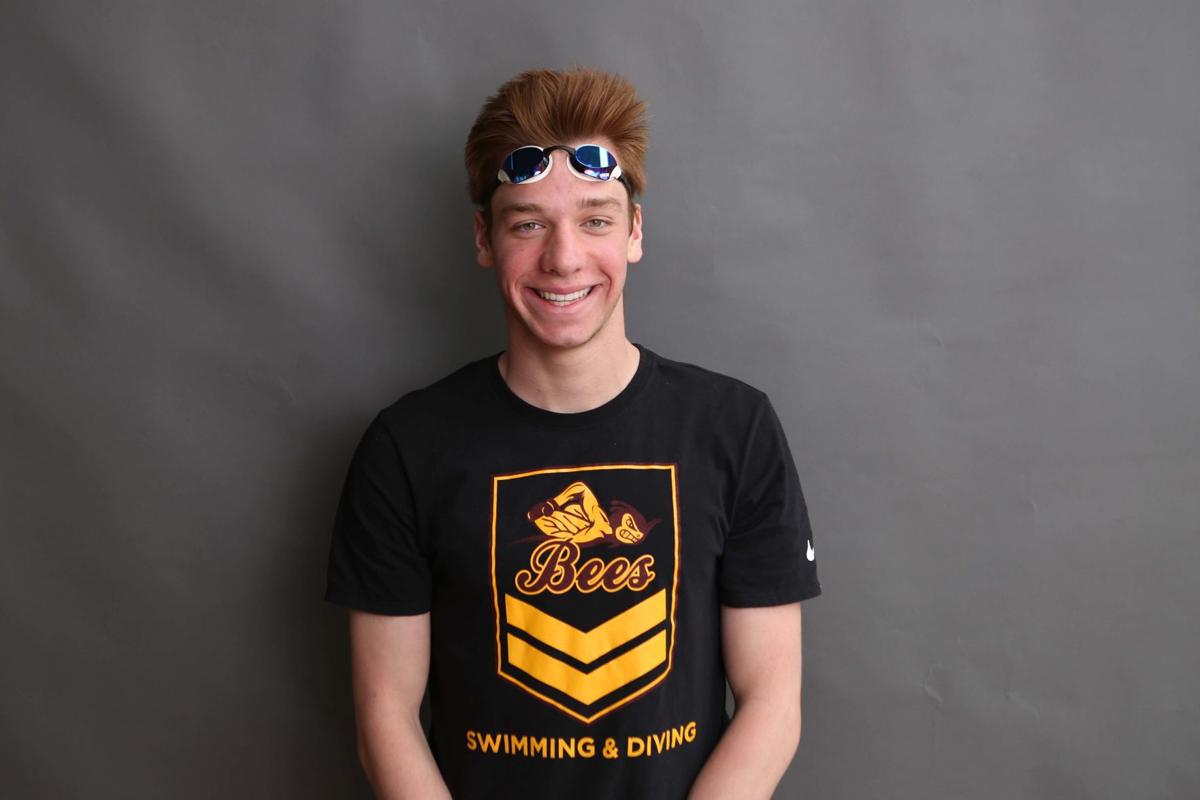 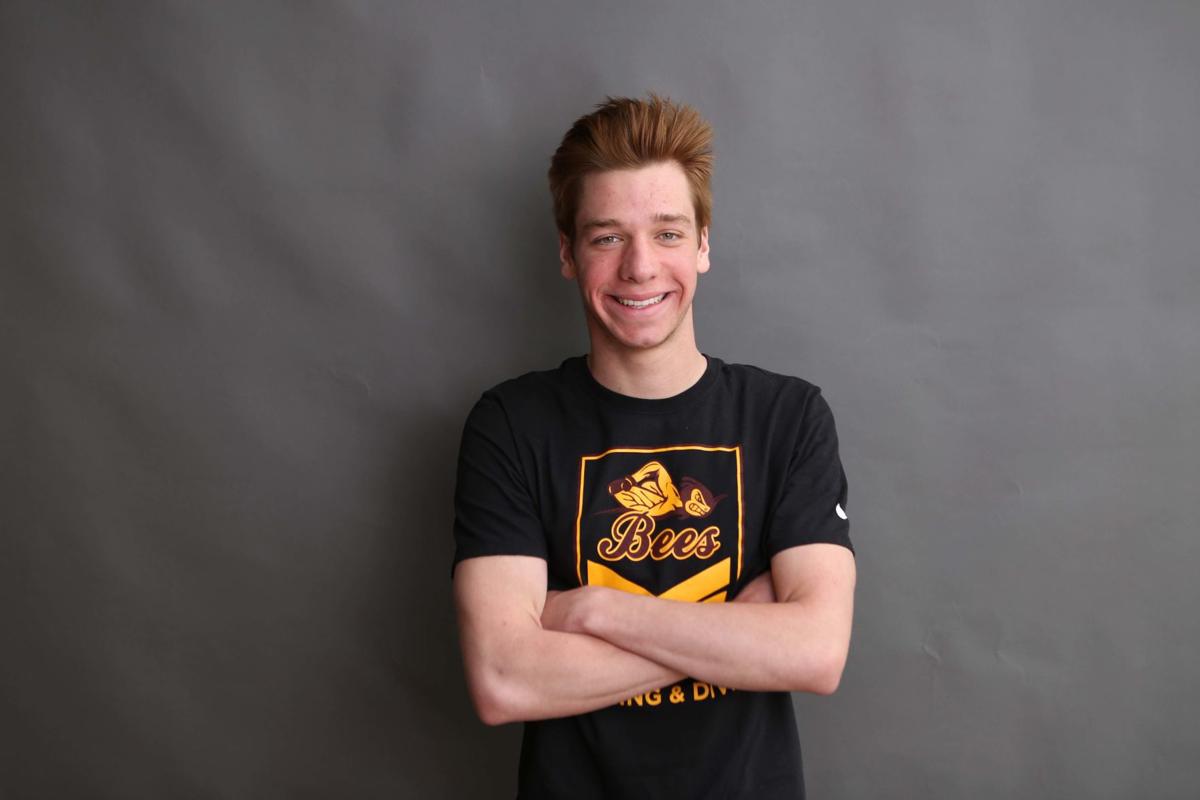 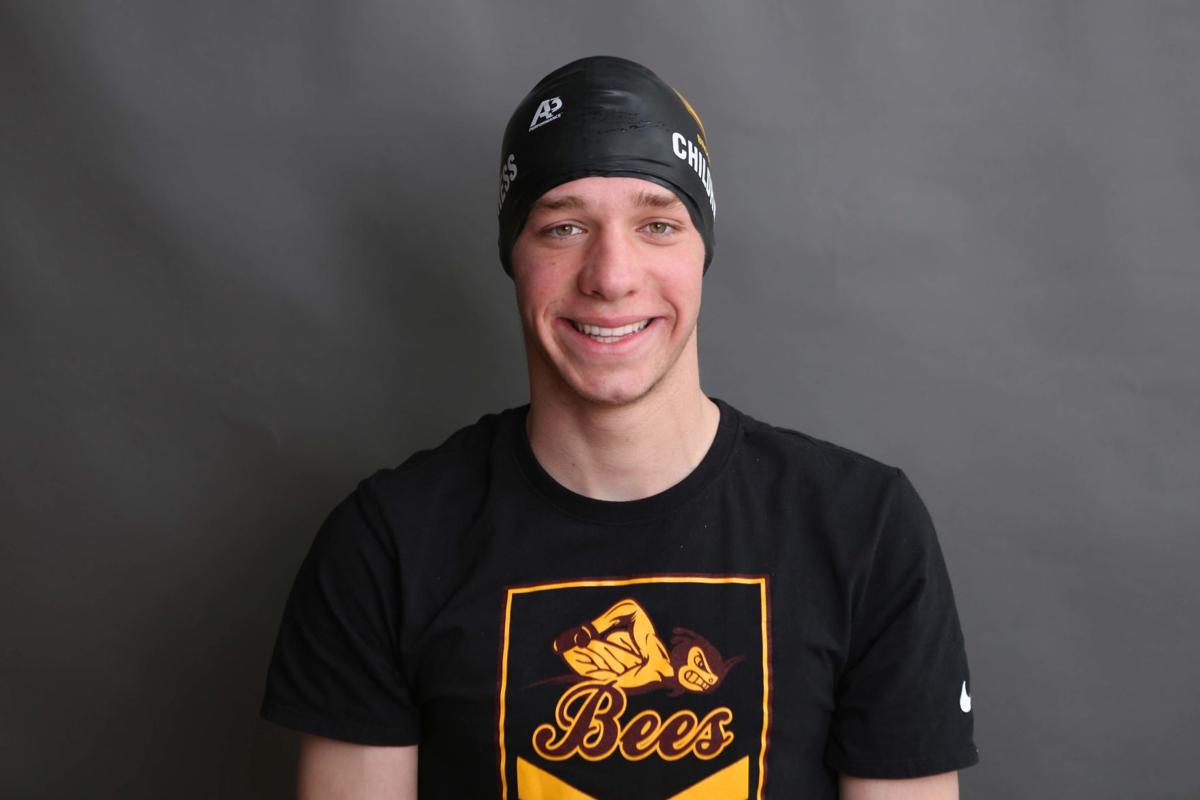 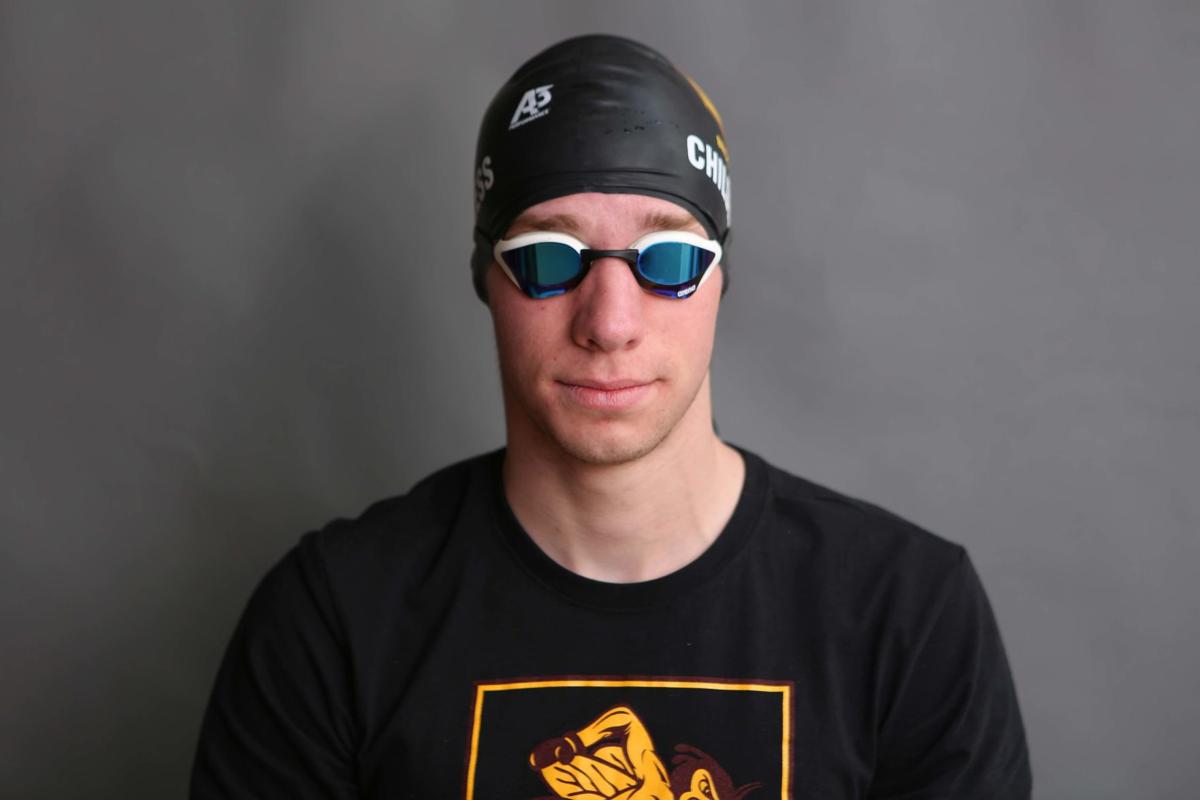 Swimmer of the Year

ALL-STAR STUFF: Colby Childress enjoyed a stellar short-course season with the Lynchburg YMCA. His impressive time in the 200 butterfly allowed him to make the cut for the USA Swimming’s 2019 Speedo Winter Junior Championships, and he carried that momentum into his senior season at Brookville. It was during this campaign that Childress, a stalwart at the high school level, realized there was something special in the water for the Campbell County school. Along with a talented group of upperclassmen, he helped lead the Bees to the program’s first region title in boys swimming since 2013, and they then posted a runner-up finish at the Class 3 level for the best mark in program annals. Childress won Seminole District and Region 3C boys swimmer of the year awards, and he was named second-team all-Class 3 in both the 100 butterfly (area-best 50.08 seconds) and the 100 backstroke (area-best 51.71 seconds) after finishing second in both events at the state championship.

Q: You had a tremendous season. Was it everything you dreamed it would be?

A: I liked it. I wish I had won at states in both of my events, but I ended up getting second in both. It was fun. The team also got second, along with my teammates Brandon Naylor and Daniel Pettyjohn. It was a great season, and I’m happy with the outcome.

Q: Which of the two events you finished second at the Class 3 championship do you wish you had won?

Q: How close were you in that one?

A: Half a second.

Q: Have you replayed the meet and thought about where you could have made up the difference?

A: Oh yeah, totally. It was mostly the walls, so the turns and the start.

Q: The team finished second at the Class 3 championship and won the Region 3C title. Did you and your teammates know at the beginning of the season how good the team would be?

A: Not at all. We didn’t think we had a shot until halfway through the season. Then it all came together at the end, which is good.

A: It definitely boosted our confidence for states. When [we won] regions, it made it a lot whole more competitive at states for us to try and win.

Q: What was the key to your development this season?

A: My teammates, and I just really wanted to win, so determination.

Q: As a year-round swimmer, was there a particular point during the year at which things began clicking for you?

A: Going into our championship meet in December, my fly started feeling good and I got a winter junior national cut [in 200 butterfly short course], which is a pretty good cut, and I just felt good the rest of the season from them.

Q: Who was the toughest competition you faced throughout the season?

A: Western Albemarle, for sure. That school had Noah Hargrove from Charlottesville, who beat me in the 100 fly, and their team won states [and] beat us out.

Q: How competitive was it at the Class 3 championships against Western Albemarle after beating the Warriors for the Region 3C title?

Q: This Brookville team was loaded with seniors. Was it gratifying to end your high school career with a second-place finish in Class 3 to go along with the program’s first region title since 2013?

Q: What’s the memory you’re going to cherish the most from your time at Brookville?

A: Definitely states every year with my teammates, Brandon and Daniel. It’s just a fun time. It’s been fun having the team atmosphere of a high school, which can go over to college. It was fun.

Q: Who has been your favorite teacher at Brookville?

A: Hank Reed, who is also the swim coach. I had him in chemistry. It was fun.

Q: Who was the funniest teammate to hang out with?

A: Brandon Naylor, for sure. We’ve been friends since probably about 5, swimming in the pool. We just know how to make each other laugh, and he just cracks me up.

A: I’d say “Knives Out.” I like mystery movies, and that was really good. It had the person who played Captain America, and I really like that actor, Chris Evans. I was trying to figure out who did the murder and I couldn’t. I liked it.

Q: Where are you planning on going to college?

A: I’m going to Gardner-Webb, it’s a [Division I university] in North Carolina. It’s a Christian college. I liked the team there, so I chose it because of the Christian atmosphere, and I just really liked it.

Q: Did you get a chance to go on campus and tour Boiling Springs and get a feel for the small town Gardner-Webb is located in?

A: I liked the little town that it had. One of my teammates [at Lynchburg YMCA], I think she was the girls swimmer of the year, Ellie Eckert, she is going there. That’s good to have a teammate going with me. I like the town around it, and I like the atmosphere.

ALL-STAR STUFF: Pettyjohn didn’t lose a single event during the regular season to conclude a steady career. … Posted the area’s fastest time in the 200 IM at 1:54.56 with his third-place finish in the Class 3 championships. … Recorded the area’s top time in the 100 breaststroke at 58.12 in the Class 3 preliminaries, then finished third in the finals. … Won the Region 3C title in that event. … Also claimed the Region 3C and Seminole District titles in the 50 freestyle.

ALL-STAR STUFF: Made a splash in his first season at the varsity level. … Posted the area’s best time at 21.80 and placed fifth in the Class 4 championships. … Finished third in the Region 4D championships.

ALL-STAR STUFF: Earned Class 4 all-state honorable mention honors by placing third in the state championships. … His score of 329.20 in 11 dives set a school record. … Also finished second in the 100 freestyle in the Region 4D championships. … Placed 10th in the 100 breaststroke at the Class 4 championships.

ALL-STAR STUFF: Calvert posted the area's best time in the 100 freestyle in the preliminary round of the state meet with a 49.50 to just miss out on the finals. … Placed 13th with a time of 49.74. … Finished fourth in the Region 4D championships. … Added a sixth-place showing in the 50 freestyle at Region 4D.

ALL-STAR STUFF: The quartet posted stellar times in postseason competition that helped the Bees earn valuable points to claim the Region 3C title and a second-place finish in Class 3. … In the 200 medley relay, they finished third in Class 3 with a season-best and school-record time of 1:37.27. They also won the Region 3C title and finished second in the Seminole District. … The group’s time of 1:29.57 in the 200 freestyle relay was the fastest in the area and set a new school record. That time was good for fifth at the Class 3 championships. … The team won the Seminole title with Cameron St. Clair racing in Riner’s spot.

ALL-STAR STUFF: This quartet set the area’s fastest time with a 3:19.00 in the preliminary round of the Class 4 championships. The team finished eighth in the finals. … The four won the Seminole District title by more than 13 seconds ahead of Brookville. … They came in third at the Region 4D championships. … Sauls, in addition to his work in the relays, posted the second-fastest time in the area in the 100 butterfly (50.16) to finish second in the Class 4 championships. He also won the event in Region 4D.

ALL-STAR STUFF: The Bees had their most successful season to date under Lewis’ guidance. Brookville posted the best showing in program history with a second-place finish in the Class 3 swimming & diving championships, and it won its first region championship since the 2012-13 campaign. Lewis was named the Region 3C boys coach of the year. Two of his swimmers (Colby Childress and Daniel Pettyjohn) claimed Class 3 all-state honors, and the 200 medley relay team secured all-state accolades. Brookville was the highest-finishing Class 3 team at the Seminole District championships, finishing 34 points behind Jefferson Forest and 99 points ahead of third-place E.C. Glass.

Swimmer of the Year

Athlete of the Year

Athlete of the year

Wrestler of the Year