Anitra Thomas, in the process of turning E.C. Glass' girls basketball program around, heads to alma mater
0 comments
Share this
Only $3 for 13 weeks
1 of 3 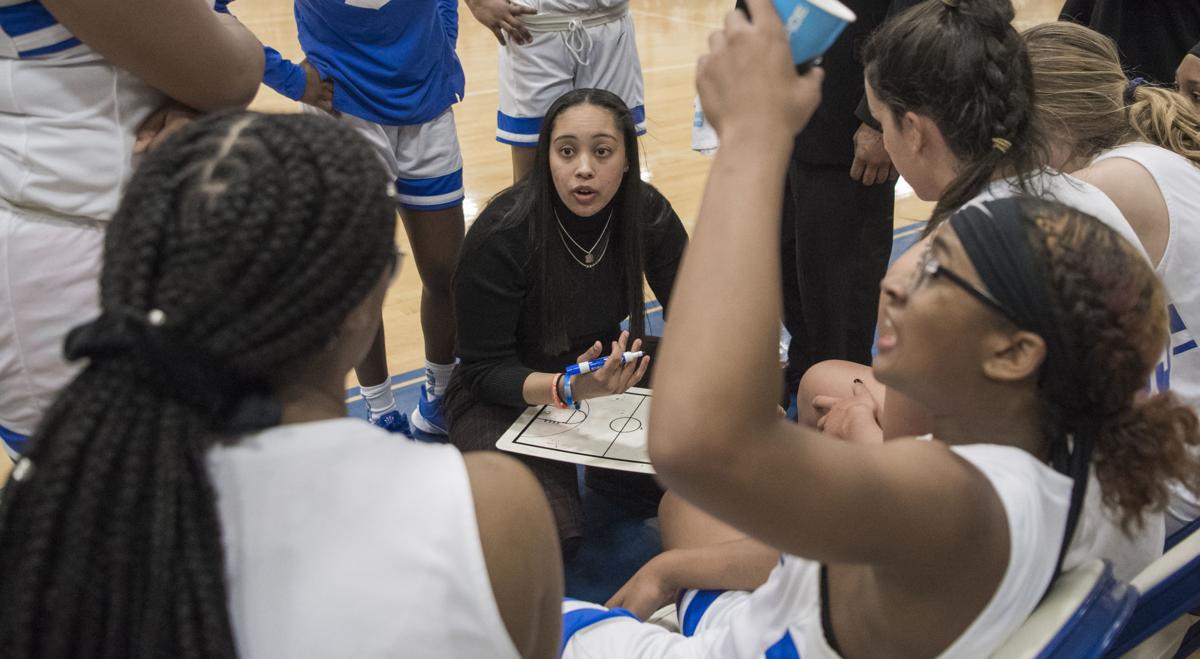 E.C. Glass coach Anitra Thomas talks with her players during a game against Heritage last week. 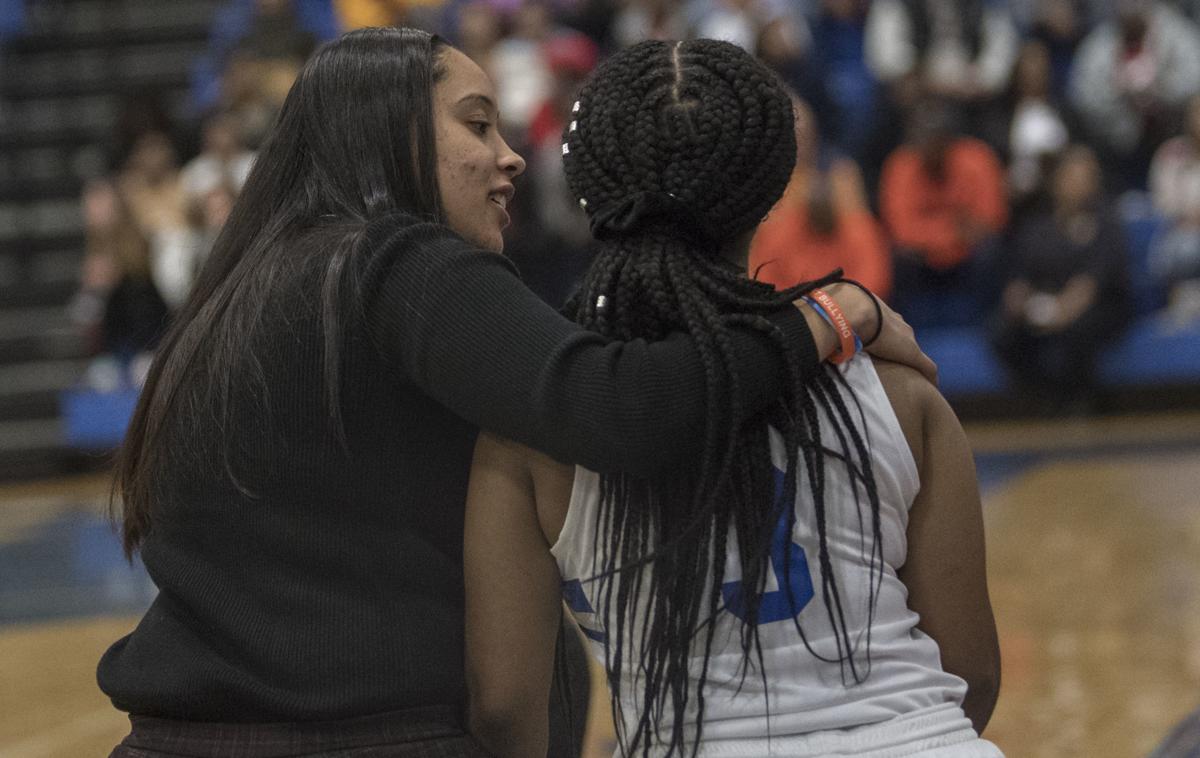 E.C. Glass coach Anitra Thomas talks with a player during a game against Heritage last week. 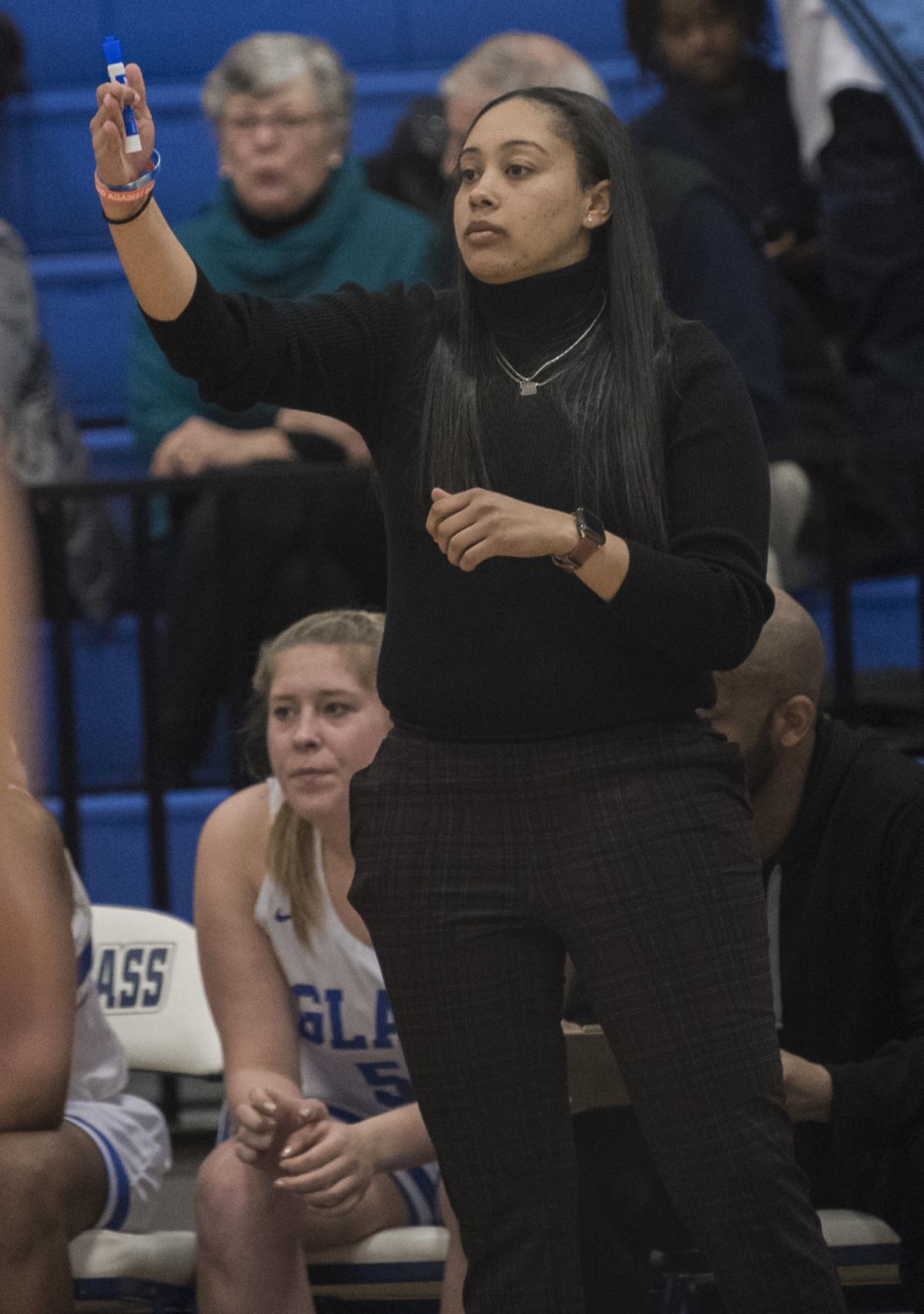 E.C. Glass coach Anitra Thomas motions to her players during a game against Heritage last week.

As the sun sets this evening, Anitra Thomas will set foot once again in the gym she owned for four years.

Six years ago, Thomas tore up the court as a shooting guard for the Brookville Bees girls basketball team. Shots fell in succession for Thomas as she and the Bees took down opponents one after the other, picking up multiple Seminole District titles and region and state tournament berths.

After four years, Thomas had racked up 1,355 points, a mark that at the time was the most in program history and has since only been eclipsed by one other player.

Tonight, her job is different. No longer does she have the luxury of creating scoring opportunities herself.

Her playing days are over. She won’t be visiting the Bees’ gym as a spectator, either. And she most definitely will not be rooting for a Brookville win.

Tonight, Thomas’ goal is to push aside the emotions she promised will flood through her. Tonight, her job is to beat the team she poured four years of her life into, this time from the sideline, with the perspective of a head coach.

“I’m gonna be competitive, and I want to win,” Thomas said of tonight’s 7 p.m. battle between her current team, the E.C. Glass Hilltoppers, and the Brookville Bees, “whether it’s my alma mater or not.”

Thomas leads the Hilltoppers into tonight’s Seminole District tilt with the area’s best record at 9-1. Glass also puts its perfect district record on the line against BHS, which consistently has sported one of the area’s best teams over the years.

The ’Toppers’ success this season is a welcome sight for fans of the midtown school. Before last season, when Thomas was an assistant and the turnaround began, Glass hadn’t come close to putting together the type of campaign they’ve had so far this season. Seven consecutive losing seasons defined most of the decade, with the last winning season coming in 2010-11.

In 2018-19, when Thomas was fresh out of college and in her first coaching gig as an assistant, the Hilltoppers went 15-11.

This year, Thomas, in her new role, has only built on that success.

But if Thomas had followed the plans she’d made for herself during college at Christopher Newport — where she also was a member of the women’s basketball team for four years — Glass fans may have had to pin their hopes for a continued upward trajectory on someone else.

According to Thomas, a job as a head coach wasn’t really a serious consideration or hope. She wanted for years to become a physician assistant, earning a degree from CNU in science and even landing a job with Centra as an operating room assistant in hopes of furthering that career path.

Then she became an assistant for the Glass girls team. Being on the sideline then, she said, sparked the interest in a promotion to a head coach role.

From there, when last year’s coach Matt Foy moved to another coaching gig, “the head coaching role kind of fell into my lap.”

Thomas, now both the Glass girls leader and a teacher at Paul Laurence Dunbar Middle School for Innovation, said she’s “found her calling” — even if the coaching job has brought plenty of extra responsibilities.

“There’s always something that’s just like, ‘Dang, I didn’t think about that.’ Whether it’s doing laundry, putting together a practice plan every day, player role meetings, thinking about bus departure schedules, team meals, all those things are completely different for me,” Thomas said.

All the extra work is a small price to pay as she teaches girls the game she loves, though.

Players on the team say they’re all-in on Thomas’ vision, too. The young coach knows what life in the Seminole District is like, and she knows how to get the best out of her players, they say.

“Usually when you learn something new, you’re like, ‘I’m not sure about this,’” said Jordyn Goode, a sophomore post player. “With her, we jump to it.”

Thomas, of course, expects the best out of her players, whether that’s in games or in practices. They don’t just get water breaks because they’re expected; they get them because they’re earned, Thomas explained as an example.

The coach also expects her team to use its athleticism to its advantage. Thomas hopes the Hilltoppers’ success running the floor — after causing turnovers by getting into passing lanes and creating havoc with lots of pressure defensively — will continue tonight and this season. Players have come to understand those expectations and respect Thomas’ desire for greatness, they say.

“She gets on us when she knows that we could be better. She’s a great coach,” said Mya Hamlet, a senior post player. “She knows how to make us better. She knows the right play to call. We’ll be in the middle of the game and she’ll switch things up when she sees the defense change. She just knows the game really well.”

That’s no surprise to Brookville coach Gary Ferguson. When Thomas was in high school, Ferguson, an assistant coach at BHS at the time, knew Thomas’ talent — and, more importantly, her basketball IQ — set her apart.

“Anitra was a student of the game, like having an extra coach on the floor,” Ferguson said, so seeing her in the formal coach role on the sideline only makes sense.

Knowing Thomas’ ability and what she’s been able to do with the girls at Glass this season, then, means Ferguson expects nothing less than a fight between his Bees (9-3, 5-0 Seminole) and the Hilltoppers tonight.

“They’re good. They’re athletic. They’re more skilled now than they’ve ever been,” he said, “and I think a lot of that is a credit to her and her changing the culture over there.”

The Hilltoppers predict the same type of contest will ensue following the opening tipoff, and one thing’s for sure: Glass players “definitely want to get the win” for Thomas, and give her another victory in that familiar place, where she cemented her legacy as one of the best girls players ever in the area.

The Virginia High School League moved the athletic programs for its 317 members one step closer to resuming out-of-season practice activities.

E.C. Glass coach Anitra Thomas talks with her players during a game against Heritage last week.

E.C. Glass coach Anitra Thomas talks with a player during a game against Heritage last week.

E.C. Glass coach Anitra Thomas motions to her players during a game against Heritage last week.