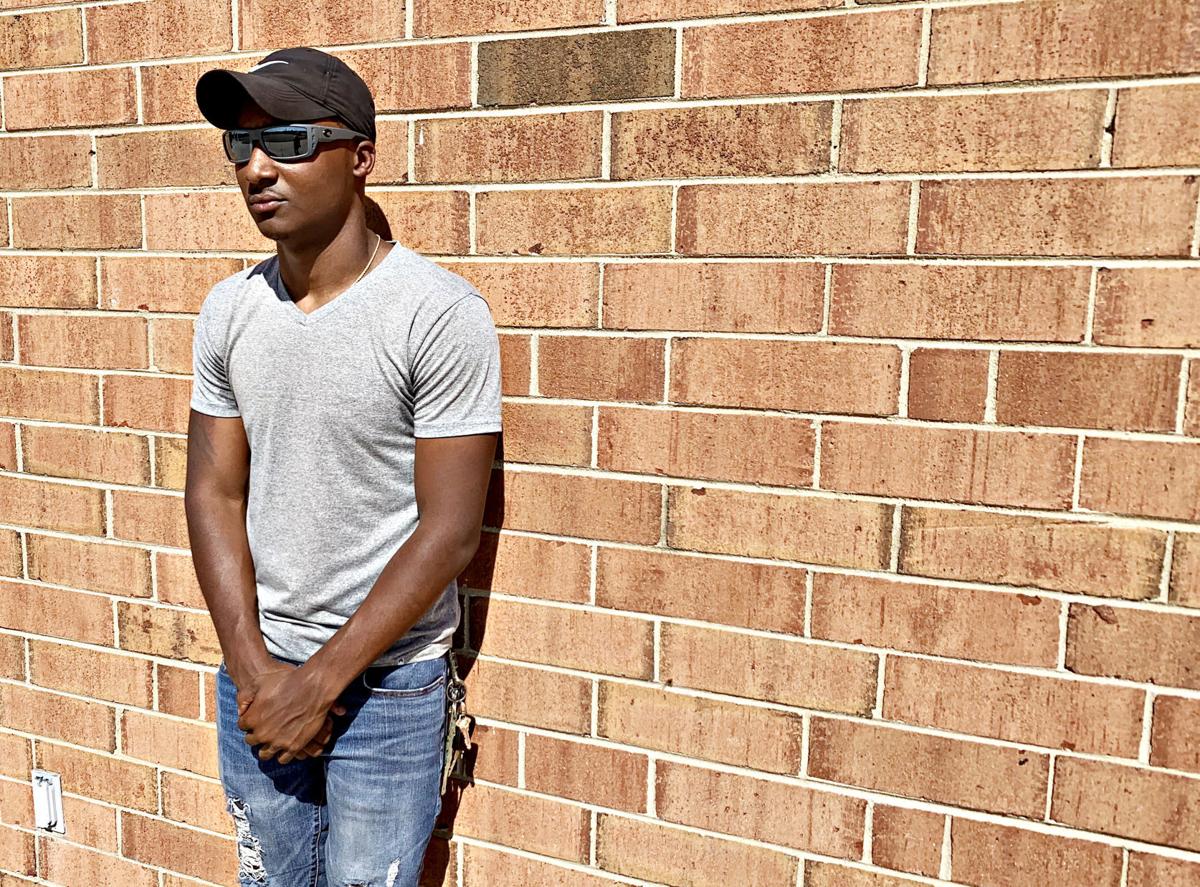 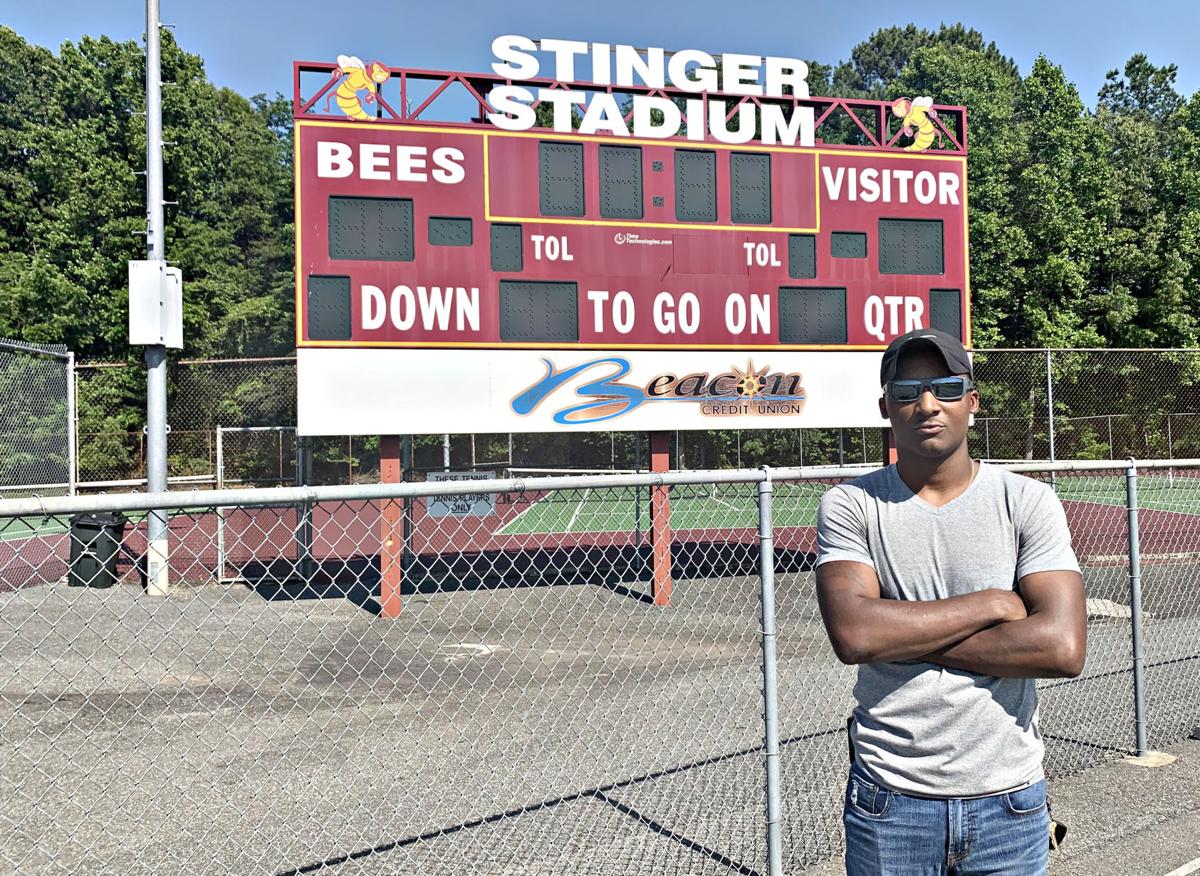 Almost no one knew about the incident initially.

Only Jalen Thomas, a few of his friends and a handful of others knew what happened that day on the James River, when an afternoon of enjoying the pleasant weather nearly turned disastrous.

In less than a day, though, the tale of Thomas’ heroism had reached hundreds, if not thousands, of people in the Lynchburg area.

Thomas, normally extremely busy during the week with school, sports and part-time work, said he had Saturday free this past weekend and decided to spend it with friends on the river. So he loaded up a kayak, then accompanied his friends to a launch site in downtown Lynchburg for a leisurely day in the sun.

Downriver, his rare moments to focus only on fun turned into an ordeal Thomas won’t easily forget.

After he and his friends exited the water, another group struggled with their own exit thanks to a strong current and high water. One of the women in the group was swept past the docking area. So Thomas, without hesitation, jumped back in his kayak to paddle toward her.

Jackie Sligh posted on Facebook about the incident Monday. It “became obvious” that she “was in trouble,” the post says. Similar rough conditions throughout the weekend forced multiple water rescues from area agencies. But in Thomas, Sligh found a quick answer to her own scary situation.

Thomas reached Sligh and reassured her. If Sligh would allow it and could stay calm, he’d find a solution to get them both out of the tough spot.

“I don’t think I was really worried,” Thomas said. “I was just trying to figure out how I was going to get us out of there.”

Thomas ended up being flipped out of his kayak, but he grabbed hold of a tree branch and held on to Sligh in her kayak to keep her from getting swept farther downriver. They stayed that way for 10 minutes, Thomas estimates, until a motor boat neared and welcomed Sligh in to escape the current.

Thomas let go of Sligh’s kayak, against her objections, but assured her he’d be fine. Rather than also mounting the boat, Thomas pulled himself to the river bank and walked back to meet with his friends and the other group.

“Our reunion on that river bank is one I will never forget!!” Sligh said in her Facebook post. In a subsequent post, Sligh called the day fun for a while, “until all hell broke loose.”

Thomas ensured only a positive ending amid a scary ordeal that day. But he didn’t think much of it afterward.

That’s the way he prefers it. He’s conditioned to help other people without expecting any big reaction, so the deluge of responses to Sligh’s post — more than 600 likes, 250 shares and 100 comments — in about one day’s time, came as a surprise.

“I wasn’t prepared to get recognized for this,” Thomas said. “[Helping people] is just something I love to do. I don’t look for recognition or a pat on the back.”

That attitude permeates all of Thomas’ actions, and is the reason he is pursuing a job as a professional firefighter. The 19-year-old already has served as a volunteer firefighter with the Evington department for three years.

After he graduates Thursday, he’s also planning to continue the course he took through a dual enrollment program at Brookville to become a certified EMT.

Thomas said growing up, every Halloween he dressed up as a firefighter. Now, he dons all that protective gear in response to very real calls.

With the department, he’s seen a building devastated by a blaze, and he’s responded to other difficult calls.

One of those came recently, when he and his colleagues at the department responded to an ATV crash only to find two of their own members the victims. Both are now recovering.

That call was hard to process, Thomas admitted, but he and the rest of the department couldn’t remain fixated on the tough journey their colleagues faced — because “if tones go up again,” he said, “we have to get back on the truck.”

Thomas said he spends much of his time these days at the firehouse, on top of all his other commitments.

“I’m never at home,” added Thomas, who also has his own lawn care business and works part-time at Texas Roadhouse. The senior also has wrestled, been part of the track & field team and played soccer during his high school career.

And even when he’s not in Evington awaiting calls for help, he’s always on alert.

That’s why he jumped into his kayak without a moment’s pause Saturday. And why he doesn’t wait to respond in other emergencies.

Meeks remembered a time when a member of the Bees’ football “B” team broke his arm during practice. Thomas told Meeks he needed to leave to take the player to the hospital, hopped in the car and rushed to Lynchburg General, talking with the boy’s parents the entire time.

“I just could see how much pain he was in,” Thomas said of the incident. “Didn’t want him to sit there and wait for a medic unit.”

Thomas’ others-first mentality is on display on the field always, Meeks explained.

“Always upbeat, even when things don’t go his way,” Meeks said. “He’s fun to coach and be around; I also think his positivity and energy is contagious. He makes the players around him better. … He’s gonna be the first to jump if someone needs something.”

If he hadn’t seen Sligh’s post, Meeks said he never would have known Thomas had committed such a brave act. But had you told him a member of his team had acted in such a selfless way, without actually giving away the name, Meeks said Thomas “would’ve been my guess” as to who it was.

On multiple other occasions, Meeks has seen Thomas’ generosity. Like the Thursday night during football season, when Thomas quietly paid for the admission of elderly man and fan of an opposing team about to enter the gate at Stinger Stadium for a JV game. The man was wearing a Navy vet hat, and Thomas wanted to do what he could to thank him for his service. Meeks only found out because the man found the coach afterward to recount Thomas’ deed.

Meeks, too, has been the recipient of Thomas’ kindness, recalling a day when he tried to pay his bill at Texas Roadhouse. Meeks was told the check had already been taken care of — and there was Thomas, standing at the back of the restaurant smiling, but never mentioning what he’d just done.

“He puts in a lot of time with those guys during the summer and during the school year,” Thomas said of his coach when asked about why he footed the bill. “He’s away from his family during the season. It’s my way of showing respect and appreciation. … I wanted to show his wife we really care about and appreciate her.”

Thomas said he tries to “give back in as many ways as I can,” whether that’s at the river on his days off or fighting fires with his colleagues, or in any other way he can think of.