Hicks, who guided Nelson County for four years, to become football coach at Monticello
Share this
Only $5 for 5 months
1 of 3 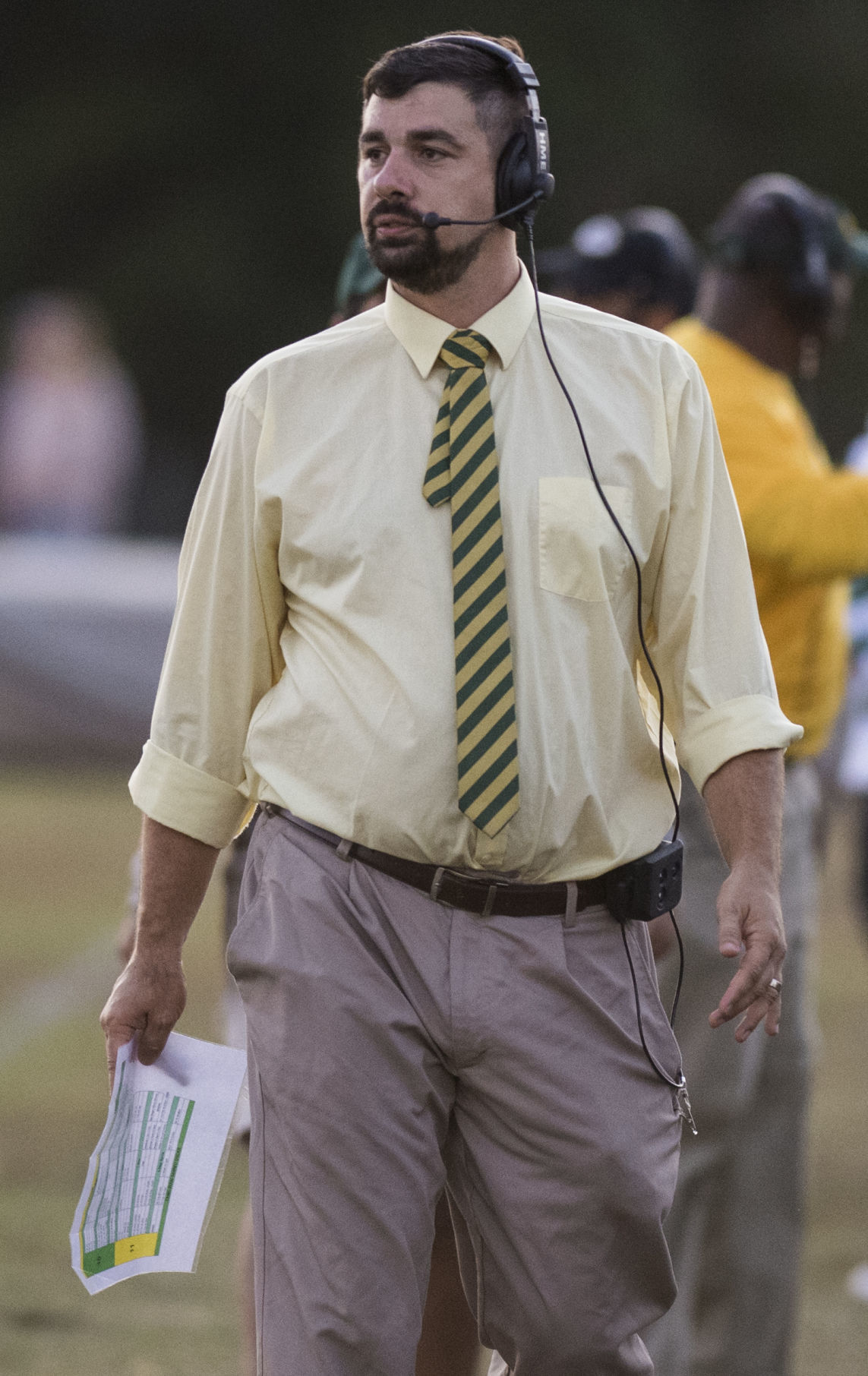 Nelson coach Matt Hicks patrols the sidelines during a 2019 game.

After four seasons as Nelson County’s football coach, Matt Hicks is going back to where it all began.

Hicks, who guided the Governors through a tumultuous and uncertain period and then rallied his team to its best season in more than a decade, has accepted the head coaching position at Monticello High in Charlottesville.

Hicks, 37, began his coaching career as an assistant at Monticello in 2009.

“Nelson’s a really special place,” he said Monday. “It was not an easy decision to leave Nelson County. There are some amazing people in that community, and I’ve had the chance to work with some awesome coaches and some really special players.”

Hicks, who lives with his family near Monticello, posted a 10-30 record in four seasons at Nelson, which had won just three games in three years prior to his hiring.

The coach went 0-10 in 2016, his first season at the helm. At the tail-end of that campaign, Nelson announced it would leave the Dogwood District for the next two seasons to play an independent schedule, rendering it ineligible for the Virginia High School League playoffs during that span. The school made that move in an attempt to rebuild the program.

The plan worked in 2019, when the Governors re-entered the Dogwood and went 4-6, putting together their best season since 2007.

“I really attribute that to a lot of hard work from our players and coaches,” Hicks said, noting his team put in more work in the offseason to prepare for 2019. “So much of success in football comes down to trust and relationships. Our coaches worked hard to build our players up both physically and mentally and emotionally.”

In Hicks’ first year, Nelson’s varsity roster was comprised of just 18 players. Last year, the Governors featured 52 players between JV and varsity, with what Hicks estimated to be another 50 kids taking part in a growing county youth program.

Some of that interest was because Hicks and his coaching staff hit the hallways of the school, recruiting students they thought would be a good fit for football.

“We were in some challenging situations that, I think, in the past we wouldn’t have been able to push our way through,” Hicks said of last season, “but they knew they were working hard for each other.”

Nelson athletic director Greg Mullins said the school will begin looking for a football coach who displays “passion, energy and some experience,” noting head coaching experience is a plus, but not a necessity.

“We feel like our program is trending up, and we’d like to continue that,” said Mullins, a former football coach at William Campbell who is in his first year as Nelson’s AD.

“Coach Hicks did a really good job,” Mullins added. “He worked really hard as our head football coach and connected with the kids. … We wish him well in his new job, and we’re excited to see where [the program] can go.”

With Virginia schools closed for at least the next two weeks in an attempt to limit exposure to COVID-19, the novel coronavirus, Mullins said he isn’t sure how long the position will remain open.

“Usually we have a more definitive timeline,” he said. “Right now, we’re in uncharted waters. We obviously want to get a head coach in place as soon as possible, but we also understand the health and risks about going through the interview process.”

Hicks becomes just the fifth head coach in the history of Monticello, which opened in 1998. He replaces Jeff Lloyd, who retired after five seasons. The Mustangs have won two games apiece in the last two years.

But Monticello has put some strong teams on the field in the past. E.C. Glass coach Jeff Woody, for instance, went a combined 19-5 in two years as Mustangs coach after leaving Brookville prior to the 2013 season. Monticello also owns region championships and a state title (2007).

Hicks believes another coach can continue his work at Nelson and bring the Governors success.

“I think you have to continue to show players that you’re invested, that you care,” he said about Nelson.

“There are some wonderful student-athletes throughout that building. … and you’ve got to realize there’s a really hungry group of players there.”

With a final decision on the regular-season and playoffs format for 2020-21 imminent, teams across the state soon will get a clearer picture o…

With a final decision on the regular-season and playoffs format for 2020-21 imminent, teams across the state soon will get a clearer picture o…

Bob Christmas, entering his 46th season as a coach, excited to rebuild Amherst during unprecedented times

At age 66, Christmas faces perhaps the biggest challenge of his storied career — rebuilding Amherst from smoldering ashes during the age of the coronavirus, which has placed unprecedented roadblocks in front of high school programs across the US.

While other area schools have returned to athletic practices, Nelson is cautiously waiting

Nelson County is keeping kids away from fields and gyms for now.

Elliott, an offensive and defensive tackle for the Lancers, learned last week he has been invited to participate in the All-American East Coast Regional Bowl.

Dennis Peters, the man who reached thousands of students in the classroom and on the gridiron via a decades-long career at area schools, has d…

Nelson coach Matt Hicks patrols the sidelines during a 2019 game.