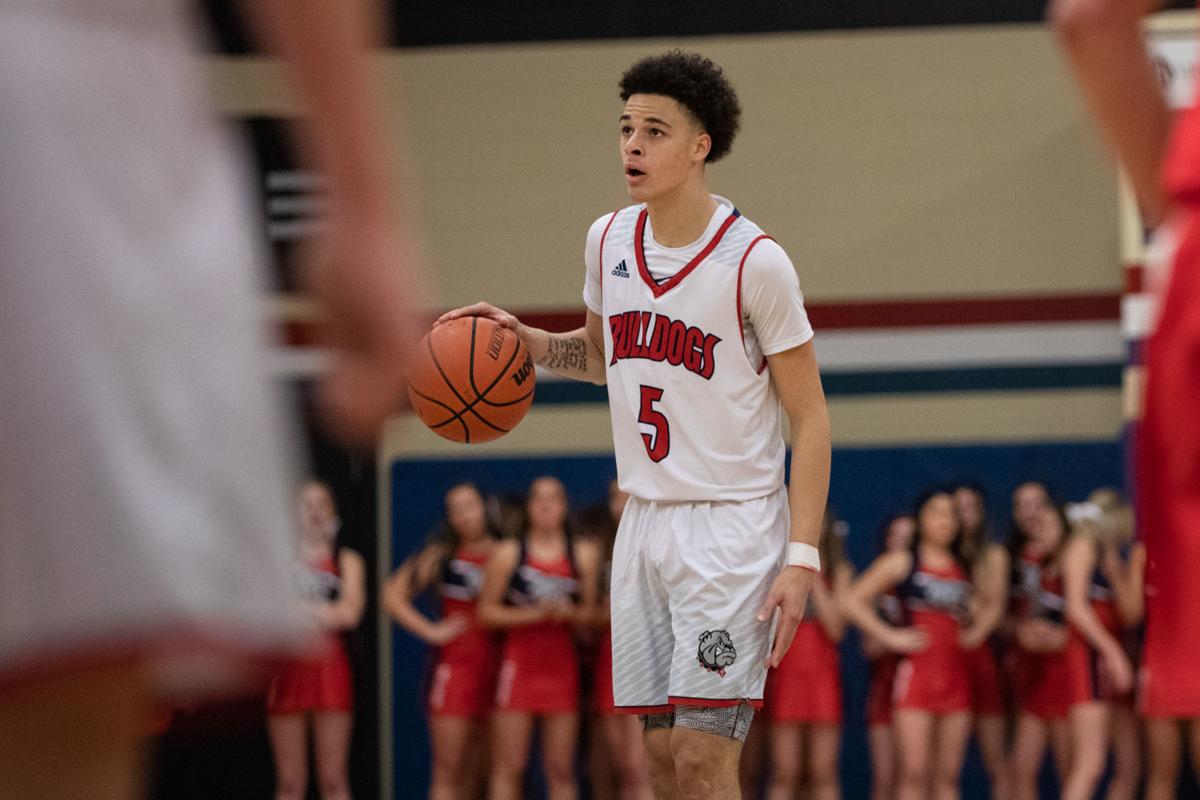 Liberty Christian Academy guard Jalen Leftwich surveys the court as he dribbles during a game against Jefferson Forest on Friday, Jan. 17, 2020 at LCA. 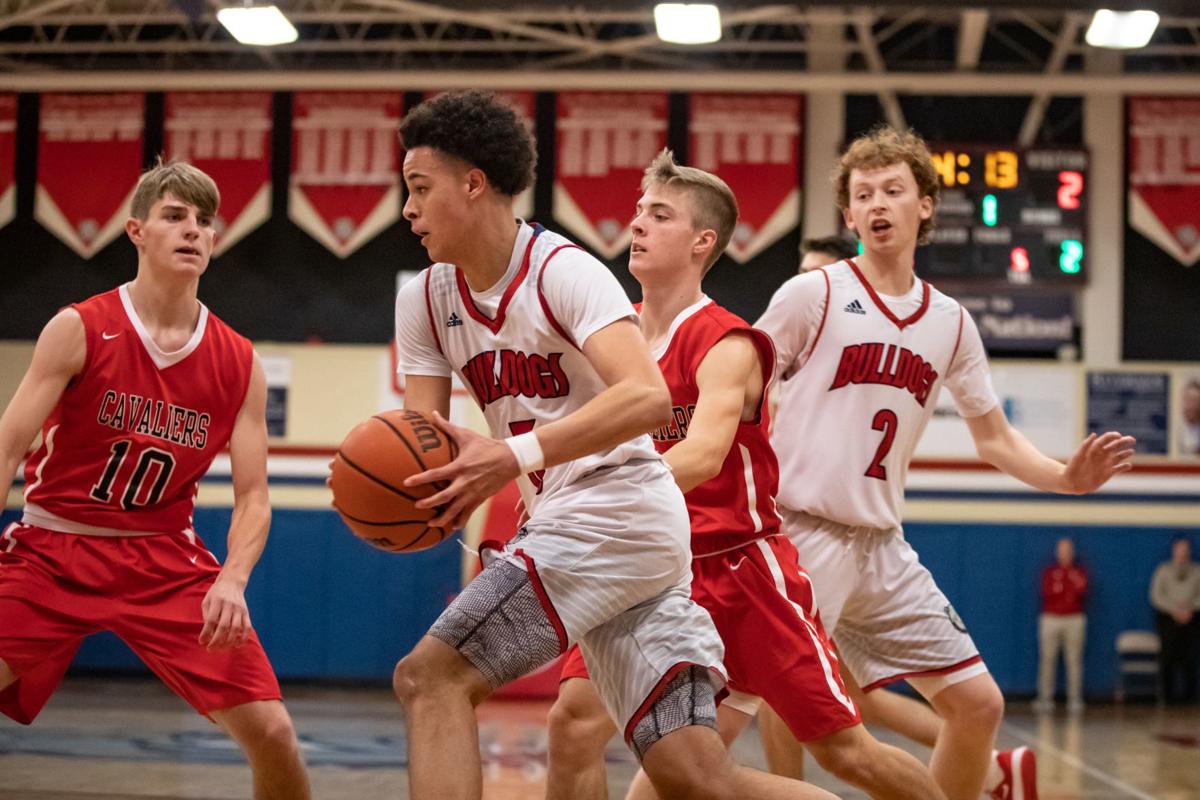 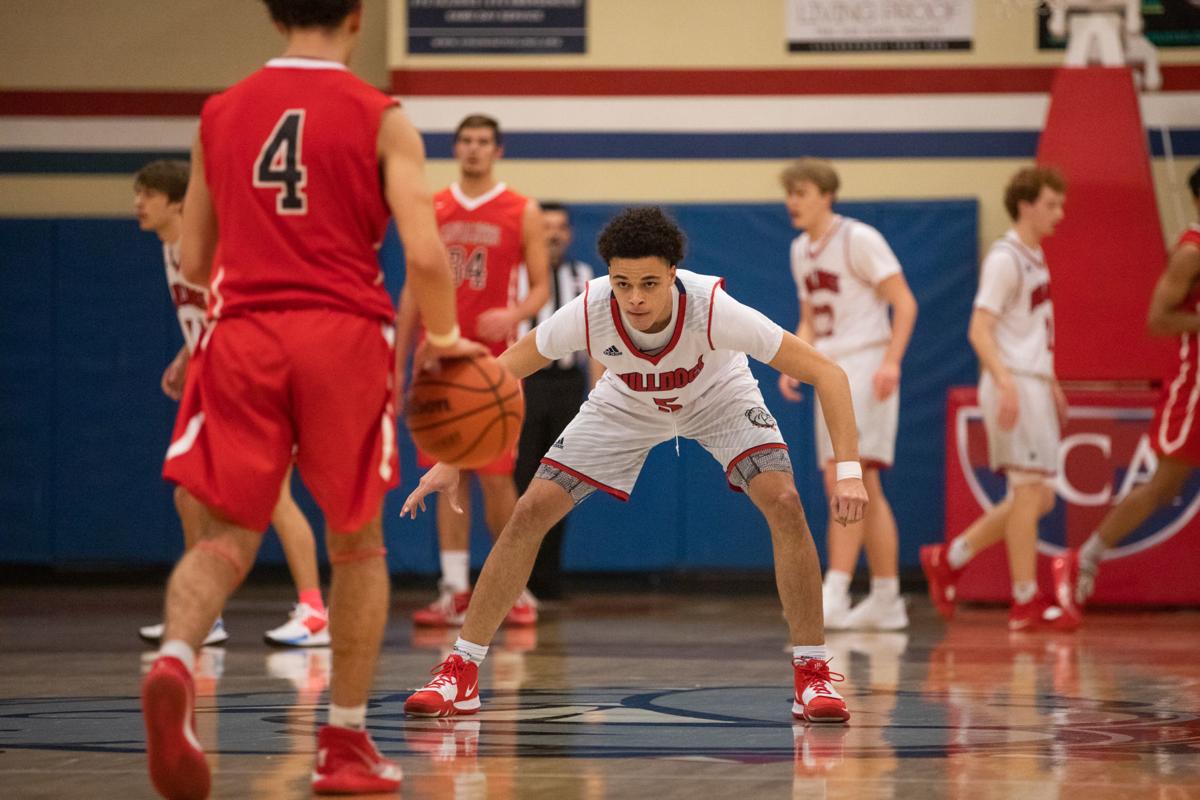 Last year, Jalen Leftwich was Liberty Christian’s sixth man, coming off the bench to give starters a breather.

“When we need a bucket, the ball’s gonna be in his hands,” LCA coach Paul Redgate said Thursday as his team prepared for Friday's 7 p.m. top-tier Seminole District matchup at E.C. Glass.

It’s a stunning about-face for the Appomattox native, who saw limited time last year on a senior-laden squad that won the program’s first-ever Seminole District Tournament championship before being bumped early in the postseason by Glass.

Leftwich is thriving in his expanded role. He creates his own scoring opportunities, getting into the lane and then to the rim effectively, but Redgate has been most impressed with Leftwich’s ability to share the ball.

“You want your point guard to make everybody better,” Redgate, in his second season as varsity boys coach, said. “And that’s exactly what Jalen does. He finds guys in their spots, he delivers the ball where his teammates can be effective with it. Some of the things he can do on the court just drop my jaw sometimes, because I’m like, ‘That’s impressive.’”

Leftwich isn’t the only one sharing the ball for the Bulldogs. LCA averages 18 to 19 assists per game, a stat bolstered by its offense, which is built on constant ball movement and plenty of drive-and-kick out or dump-down-in-the-post sets. One of LCA’s leaders, senior guard Connor Hartless, also averages six assists per game to go along with 12.1 points per game.

“We’re looking for the best team shot every possession, and the guys have really bought into that,” Redgate said.

Leftwich started playing basketball when he was 5 years old. He’s always been a point guard, so ball handling skills and effective passing have always been a priority. Now he’s expanding his scoring abilities by working on his shooting from beyond the 3-point line and developing a pull-up jumper.

“Just trying to get better each and every day,” he said.

He worked hard in the offseason to improve, and it’s showing now.

“These guys were gym rats,” Radgate said of how Bulldog players spent their offseason. “I almost had to kick them out of the gym sometimes because they were just in here nonstop.”

LCA is currently tied with E.C. Glass, Jefferson Forest and Heritage at the top of the Seminole standings. But the Bulldogs didn’t start out so hot; they lost three of their first four games.

That disappointing beginning, Redgate said, may have been a blessing in disguise.

“It allowed us to shift some things and reevaluate some things and for the guys to know their roles and purposes a little more,” the coach said. “Ever since that, the guys have been working extremely hard. I really like the direction we’re heading in right now.”

E.C. Glass (9-5) will have to watch Leftwich carefully tonight. He unloaded 22 points in the first matchup against the Hilltoppers on Dec. 12, but Glass emerged with a 70-64 victory.

He’s not the only LCA player that’s tough to defend. Hartless has the ability to lead the Bulldogs to victory, as does guard Seth Hildebrand (13 ppg). Senior guard Rynning Bohrnstedt can light it up from 3-point land.

LCA enters Friday's game trying to get back into the win column after suffering a two-point loss at GW-Danville on Wednesday.

Now the Bulldogs will try to weather the storm inside McCue Gymnasium.

“That’s a good place to play in and a fun place to play in,” Redgate said, “so I’m definitely expecting a big crowd, and it’ll be a fun environment for a high school game.”

And if the game comes down to the wire, expect LCA to turn to Leftwich.

“He’s a guy I would trust to take that last shot,” Redgate said, “and I would definitely want the ball in his hands and for him to make the right play.

“If that’s him taking the shot, absolutely. But if that’s him drawing the defender and kicking it out to his teammates, he’ll make the right play.”

VHSL 'not ready' to make recommendations about fall sports

Liberty Christian Academy guard Jalen Leftwich surveys the court as he dribbles during a game against Jefferson Forest on Friday, Jan. 17, 2020 at LCA.