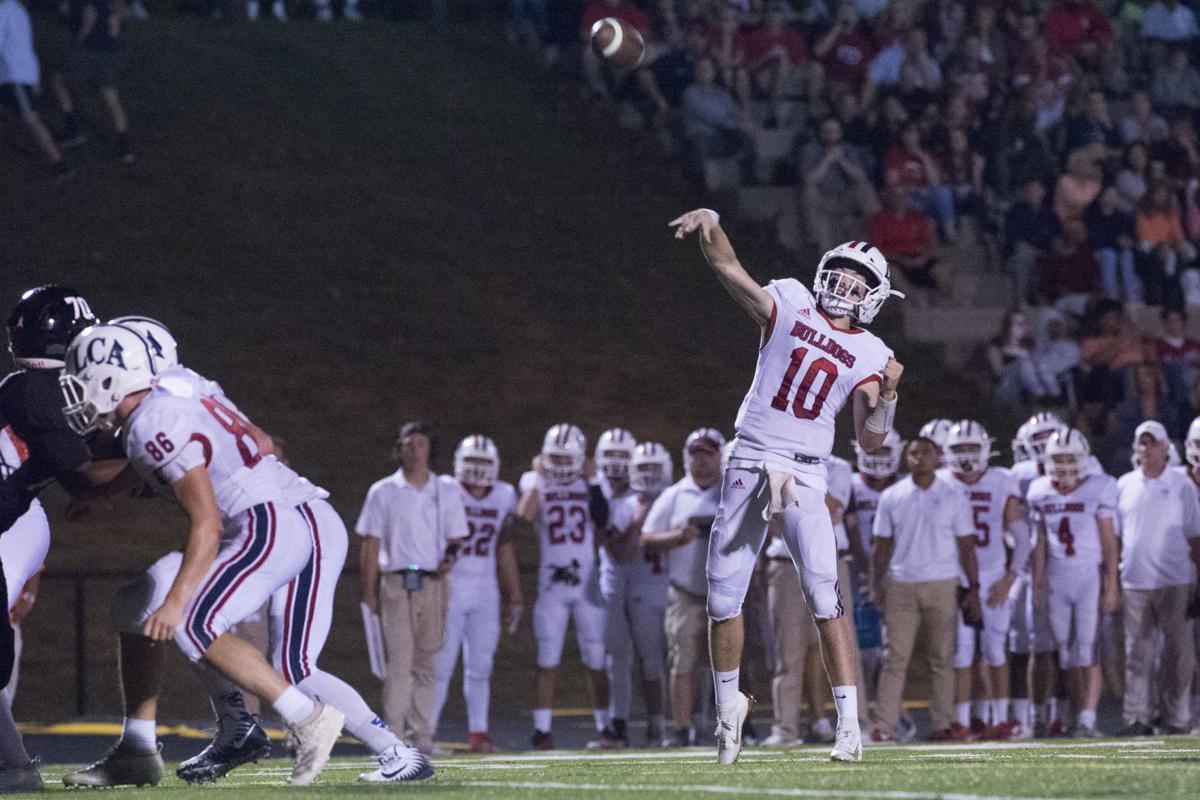 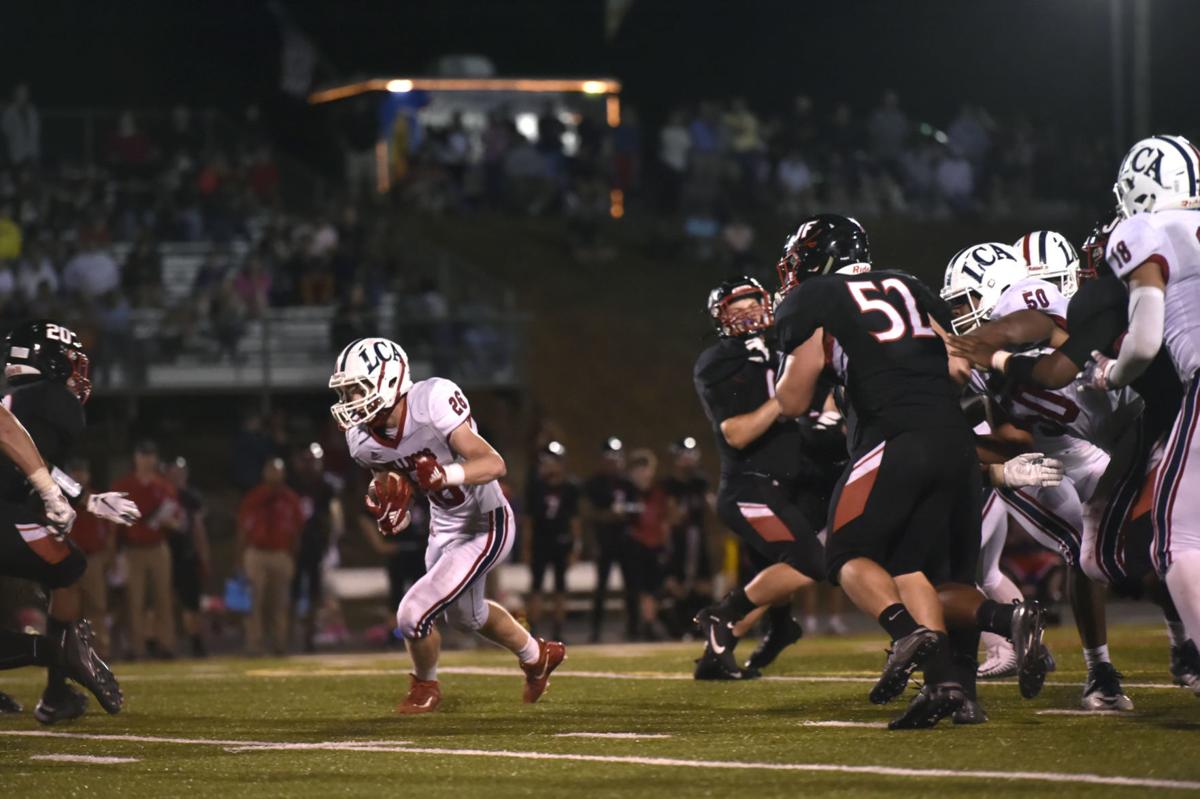 LCA running back Cade Wycoff carries the ball during the Bulldogs' win over Jefferson Forest at Sabre Stadium on Friday, Oct. 4 2019. 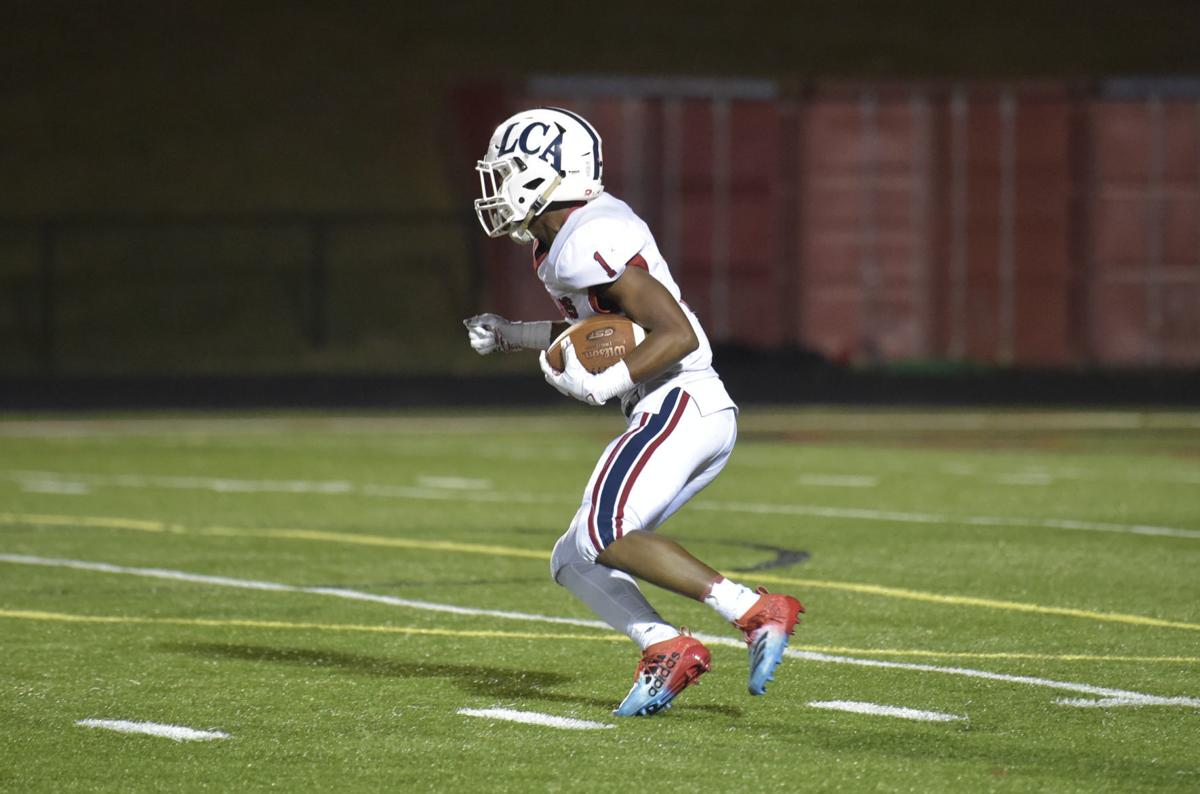 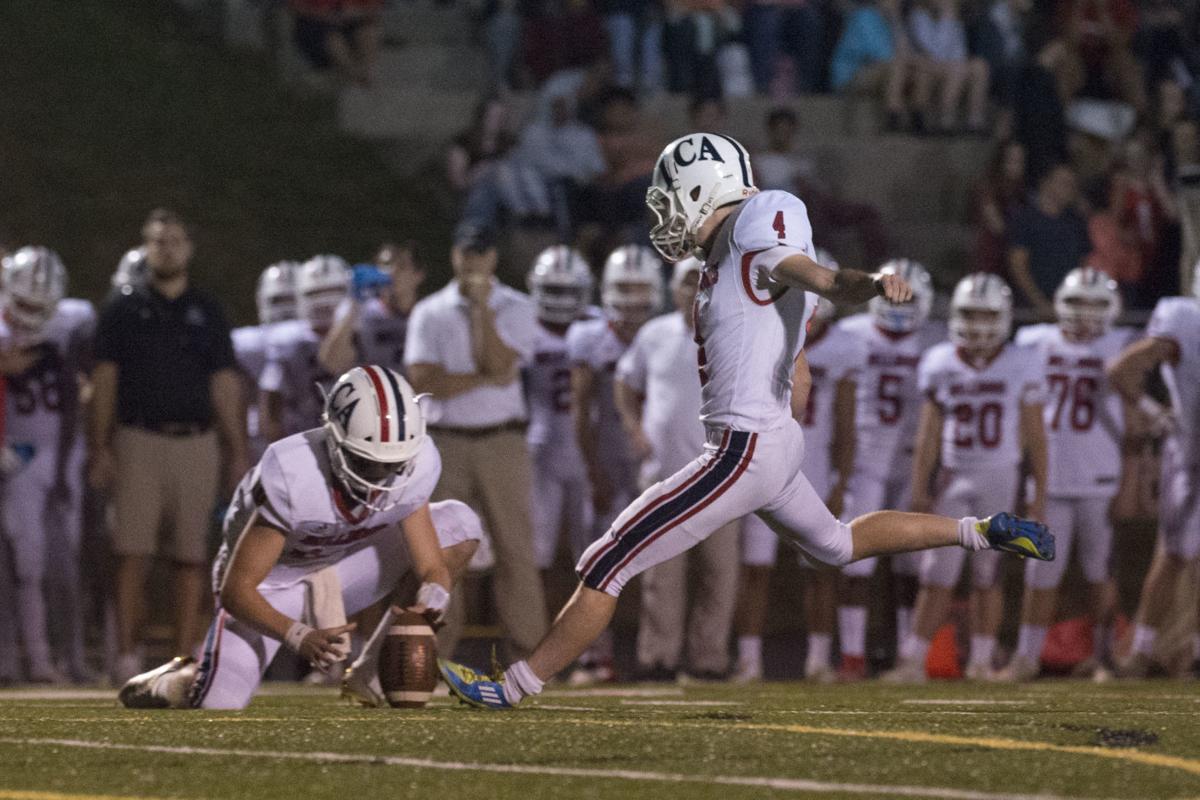 LCA's Ethan Dupin kicks the ball during the Bulldogs' win over Jefferson Forest at Sabre Stadium on Friday, Oct. 4 2019.

LCA running back Cade Wycoff carries the ball during the Bulldogs' win over Jefferson Forest at Sabre Stadium on Friday, Oct. 4 2019.

LCA's Ethan Dupin kicks the ball during the Bulldogs' win over Jefferson Forest at Sabre Stadium on Friday, Oct. 4 2019.

“We knew what they were gonna do before they ever did it,” he said.

On several occasions, that was true. The LCA defense put together its strongest performance of the 2019 season at a moment when it faced its biggest challenge: a much larger and potentially dangerous Jefferson Forest offense.

LCA (4-1) stopped Forest in the red zone several times, most notably midway through the second quarter while clinging to a 14-7 lead. It seemed like whenever the Cavaliers (2-3) faced a fourth-and-short situation, LCA’s defense rose to the occasion.

“It was mostly all the coaching,” Jackson, a senior said. “The coaches basically did everything right. They had the game plan set up perfectly. … And then it was us playing together as one team. We just have a spirit of oneness in all the years I’ve been on this team.”

One week after its dominating performance against Halifax County, Jefferson Forest didn’t have the same firepower. Running back Keenan Cupit bruised the Bulldogs for 133 rushing yards in the first half but managed just 7 yards on eight carries in the final 24 minutes to finish with 140 yards overall. He was often met at the line of scrimmage by LCA’s burly defensive linemen or by blitzing linebackers.

“They played a good game,” Cupit said. “We didn’t take advantage of our opportunities. We got into the red zone twice and didn’t score. … They were getting after us. That’s the bottom line.”

LCA quarterback Josh Nelson threw for 141 yards on 7 of 15 passing. He scored his team’s first touchdown, a 1-yard punch that concluded the Bulldogs’ opening possession, and let loose a bomb at the end of the first quarter to Tyler Rose, who hauled it in for a 66-yard touchdown.

But Forest didn’t score again until 7 minutes and 58 seconds remained in the game, when backup QB Davis Lane cut away for a 65-yard scamper.

Up 14-7 late in the second quarter, LCA, winners of four straight, unleashed perhaps its most memorable offensive play of the night.

Nelson took the snap and tossed a lateral to Will Wycoff, who hit tight end Dillon Stowers with a 30-yard TD. Stowers made the over-the-shoulder catch as he ran into the end zone for a 21-7 lead.

Cade Wycoff rushed for 136 yards on 18 carries for LCA and scored on a 6-yard run with 23 seconds left in the third quarter to give his team a 28-7 lead. The running back fought through the JF defense for small and large gains, establishing the running game for a team that has mostly been known for its passing abilities.

It was Wycoff’s best performance of the season.

“My line really blocked their guys really well, and I was just able to make cuts,” he said. “The back side was wide open the whole game. Their linebackers really hit the holes. They over-pursue a lot, so the second level is wide open if you just make a cut-back.”

LCA coach Frank Rocco was impressed by his defense, which pitched shutouts in the second and third quarters.

“Over the offseason, coach [Pete] Sundheim and myself and the rest of the defensive staff, we really put a lot of time and effort into developing a new mentality. And it’s paying off right now,” Rocco said.

It was the first time LCA had beaten JF in football.

The Cavaliers had taken the two previous meetings since the Bulldogs began playing a complete public-school schedule in 2017 as part of their entrance into the Virginia High School League.

“We have 28 guys,” Rocco said. “They all play both ways and we just fight ‘til the very end. We play bigger teams, bigger schools. They roll two teams, two platoons in, and we just keep on fighting.

“I’m so proud of these guys. How long can it last? Sooner or later 28 guys are gonna run out of gas. But, I mean, we’re enjoying it so far.”