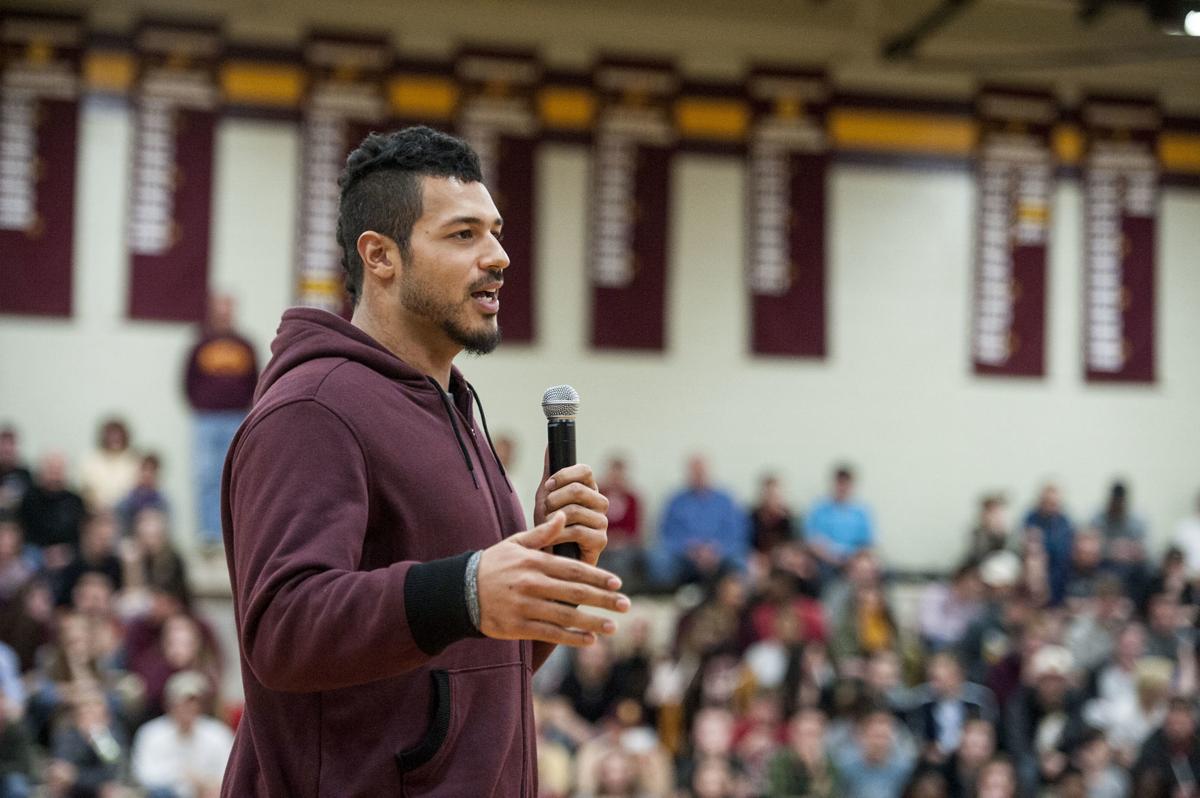 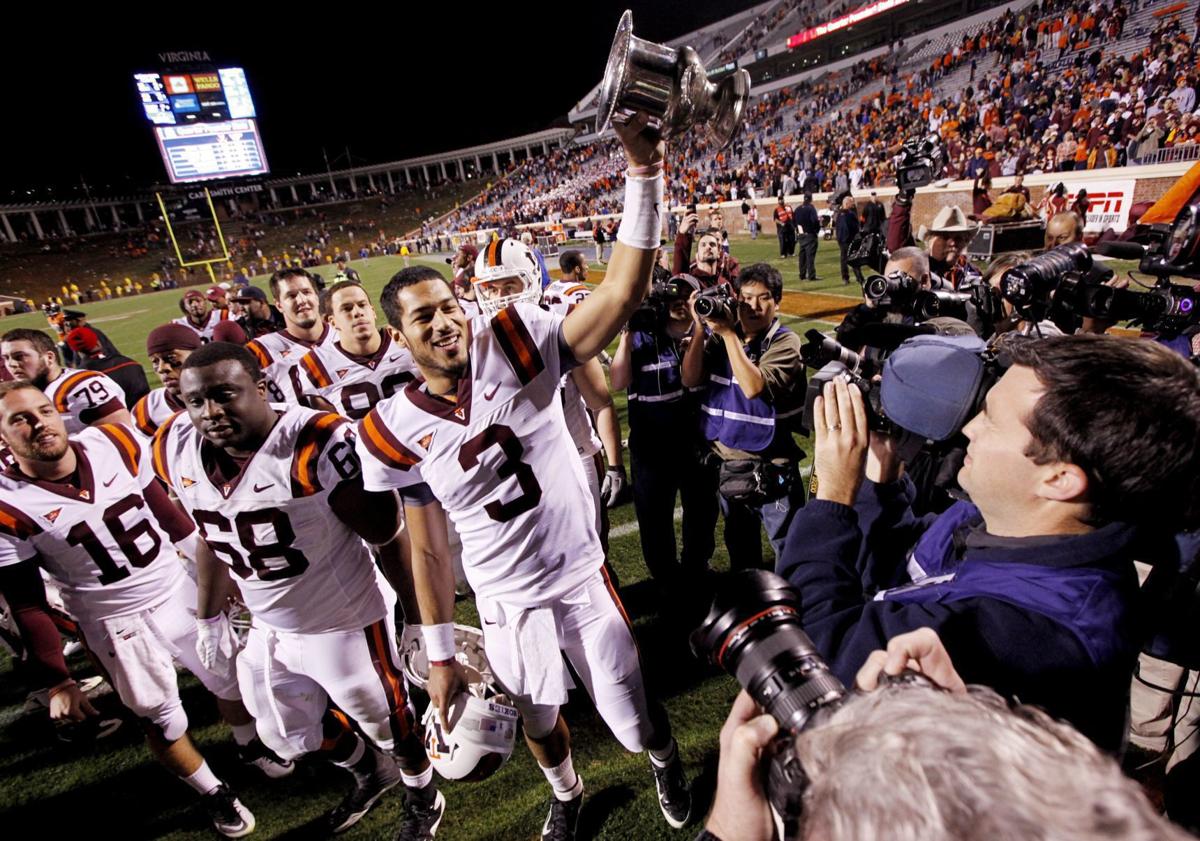 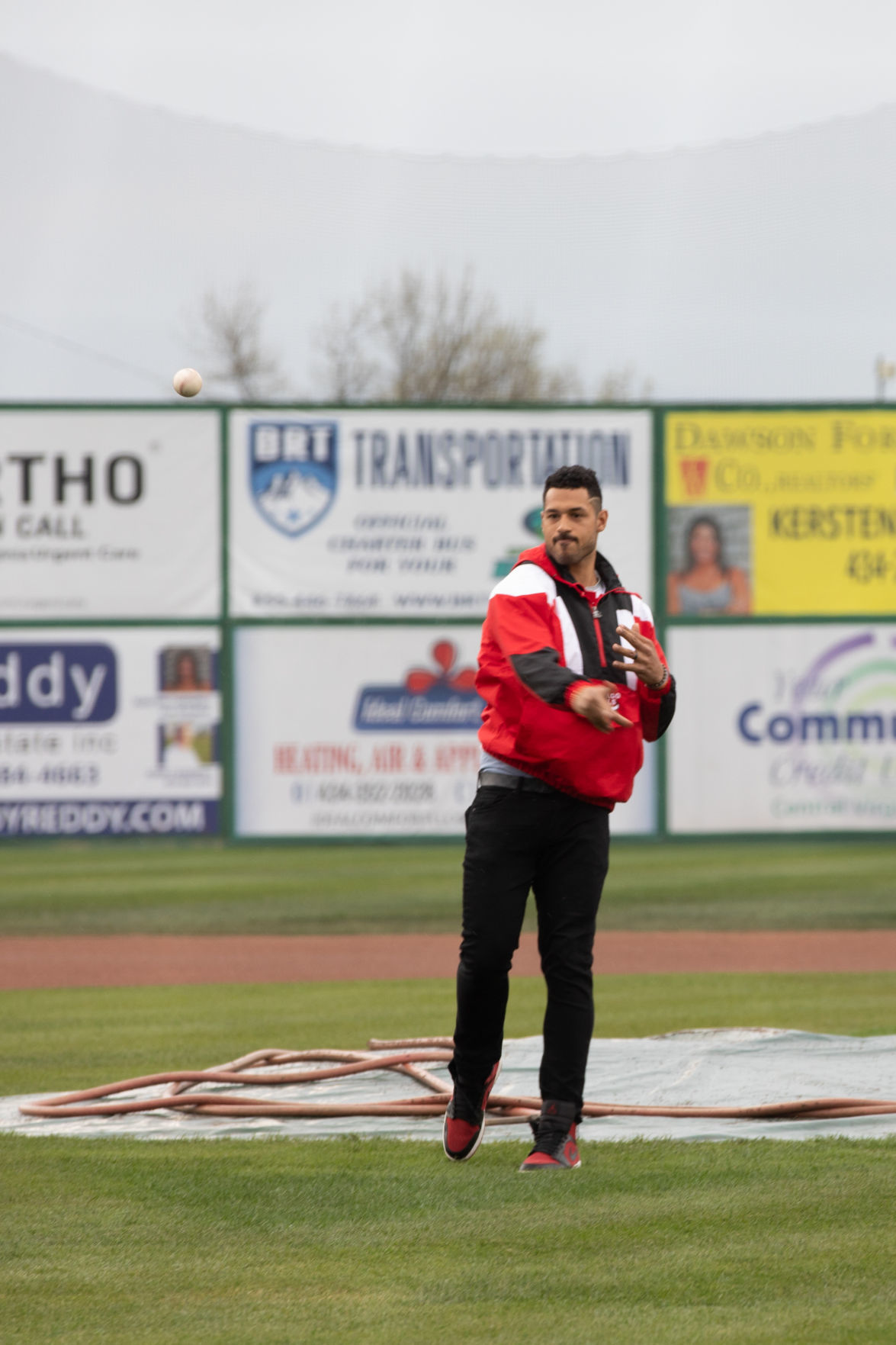 Logan Thomas throws out the ceremonial first pitch before the Hillcats home opener on April 8, 2019.

Logan Thomas’ latest endeavor isn’t one you’d typically associate with a football player, much less someone who plays the game for a living. There’s more to the towering NFL tight end, though, than the number of receptions he hauls in and his performances on Sundays. The last couple months, especially, have proven as much.

“I love football,” said Thomas, the standout Brookville High School athlete and Lynchburg native. But, he added, that’s not “why God put me on this earth.”

So amid an offseason that looks anything but ordinary, Thomas, 29, has added another descriptor to his resume. Thomas and his wife, Brandie, are entrepreneurs — in the wedding business.

Work on The Thomas Estate, a wedding venue the duo hope to have open in the fall, is underway.

“Man, we can really do this,” Thomas said of the realization he and Brandie, who also live in the Lynchburg area with their children in the offseason, had at the onset of the project.

The Thomas Estate will sit on 50 acres — with “unreal” sunsets and 180-degree views of the mountains, Thomas said — on Terrace View Road in Forest; the business owners already have rezoning approvals and building plans in hand.

According to Thomas, the two didn’t really have dreams about the possibility of owning such a business, but it makes sense for them and their family, including all five of their boys. Brandie, he said, is perfectly suited for the path ahead with her creativity and talent in interior design and photography.

“Her mind is so special when it comes to this type of stuff,” he added.

Football won’t play a factor in the day-to-day workings of the venue. But football is what has made possible the Thomases’ latest moves.

After putting together his most productive pro season last year with the Detroit Lions — when he caught 16 passes for 173 yards (10.8 yards per reception) — Thomas saw new doors open for him in the league.

Before the coronavirus pandemic altered the look of athletics, Thomas signed a two-year contract with the Washington Redskins, the team he grew up rooting for.

Since finishing a successful college career at Virginia Tech, where he played quarterback, and entering the NFL as a fourth-round selection in the 2014 draft, Thomas has been shuffled all over the country. His addition to the Redskins roster marks his seventh stint (with six teams) entering his seventh season in the league.

The move to the Ashburn-based team, of course, is a welcome one.

He won’t be precluded from seeing extended family and friends, many of whom still are in the Lynchburg area, during the spring. And those same supporters can more easily travel to his games.

He gets to trade in the blue and silver for the colors he wore growing up and will appear most often at FedExField, the one stadium at which he caught a touchdown in 2019.

And signing with Washington gave Thomas the chance to continue watering his roots.

Logan and Brandie Thomas are able to stay better connected with Thomas’ family and with their friends. And when Thomas’ boys, ranging in age from 1½ to 12, are old enough, he can send them to his alma mater, BHS.

There, Thomas said, the boys could appreciate people who come from all different backgrounds; during his time there, which wrapped up in 2009, Thomas said he loved how students treated each other well, no matter their socioeconomic status or appearances.

And should they choose to pursue sports — an avenue that could contain plenty of promise given their athleticism, Thomas said — the boys certainly would have a good role model in their dad to try to emulate.

He was, after all, a star in multiple athletic arenas at BHS, finishing his career as the Bees’ all-time leading scorer for boys basketball and as a state champ in football who racked up multiple individual accolades in both sports.

“Athletes of his caliber don’t come along very often,” said Larry Kidd, the current BHS athletic director who also coached Thomas during his high school years. “He’s the best athlete I’ve ever coached, and I’ve been doing this 40 years.

“He could do anything.”

His stardom extended to the track, too.

“He ran track for conditioning for football, and next thing you know, he was our best track athlete,” Kidd said of Thomas, adding the former BHS player was “tall and lanky” with “huge hands and feet” before he grew into his frame.

“We couldn’t find [track] shoes to fit him,” Kidd said with a laugh. “They didn’t make them that big.”

On the gridiron, Thomas proved to be so athletic and talented, Kidd explained, that the coaching staff worked the offense around him. Thomas was a receiver, until the staff needed him under center.

“We were trying to draw up plays to get him the ball,” Kidd said, “then we just decided to put the ball in his hands every play and see what he can do.”

The position change was one of several in his career, which later included a move from QB to tight end in the NFL.

That flexibility put Thomas on the path to Washington, where he can be a contributor on a team that severely lacked depth at the position after Vernon Davis retired in the offseason and Jordan Reed was released.

The 6-foot-6, 250-pound player said though it’s not been fully determined (with the team only meeting virtually to this point because of the pandemic), he’s excited for what his role may look like.

New head coach Ron Rivera brings hope of a turnaround for a team that went 3-13 last year. And first-year tight ends coach Pete Hoener — who was on Rivera’s staff at Carolina for nine seasons and coached players like Pro Bowler Greg Olsen — is the “man you need” to get players going the right direction, Thomas added.

Not having Organized Team Activities has been difficult for Thomas, who termed himself a hands-on learner and explained those interactions are more conducive to forming bonds with teammates and members of the organization.

But the extra time — the first spring since high school he hasn’t done much with football, he said — has given him time to focus on all the other good things the new gig with the Redskins has provided.

He has more time with his children and wife — and realizes Brandie is “Superwoman” for how supportive she is and how much she does to take care of the boys and new business. And he can spend more time in the place he loves.

“There’s not a lot of places like it in the world,” Thomas said of the Lynchburg area.

That’s why he and Brandie don’t just live here, but have chosen to invest in people and the economy of the area.

“I think I have a duty to give back to the city as well,” Thomas said. “It helped raise me, helped me be who I am.”

While Thomas intends to play in the NFL “until they kick me out,” he wants his life to be about more than football.

So he’s more than happy to speak with students at his alma mater or other schools in the area, passing on the lessons of humility and hard work sports have taught him, and he’s excited about the new business.

And no matter what he’s doing or where he is, Kidd explained, Thomas always will be the down-to-earth Lynchburg native, the “welcoming, … same-old Logan.”

Bryant Stith believed he was taking all the necessary precautions to avoid contracting COVID-19.

Logan Thomas throws out the ceremonial first pitch before the Hillcats home opener on April 8, 2019.