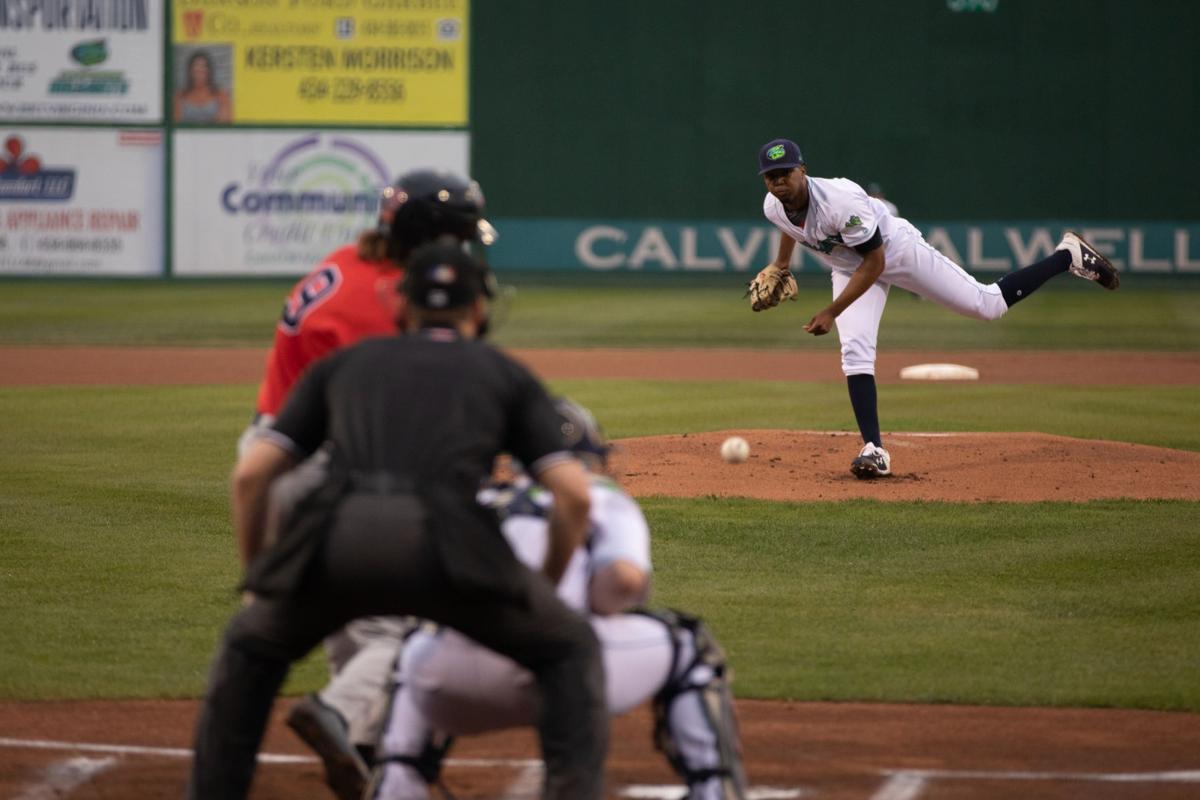 Juan Hillman delivers a pitch during the Lynchburg Hillcats’ home opener against Salem on April 8, 2019. 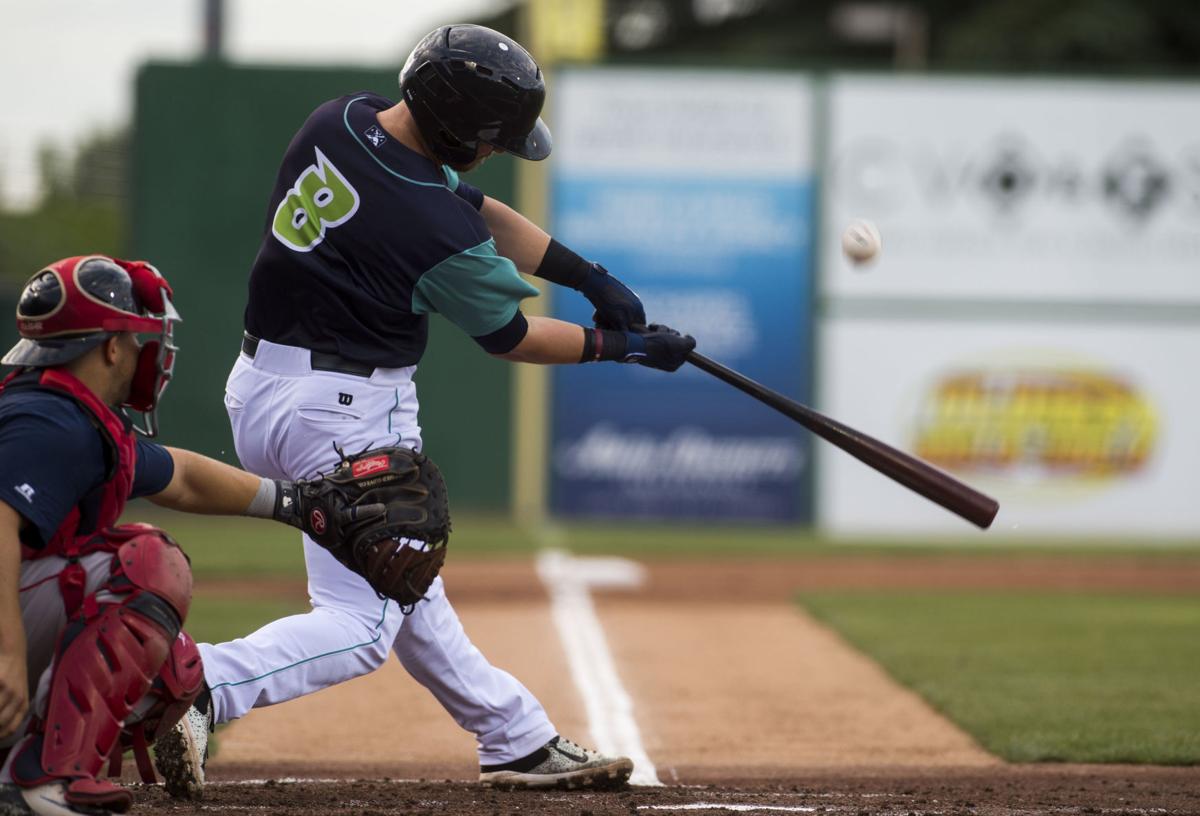 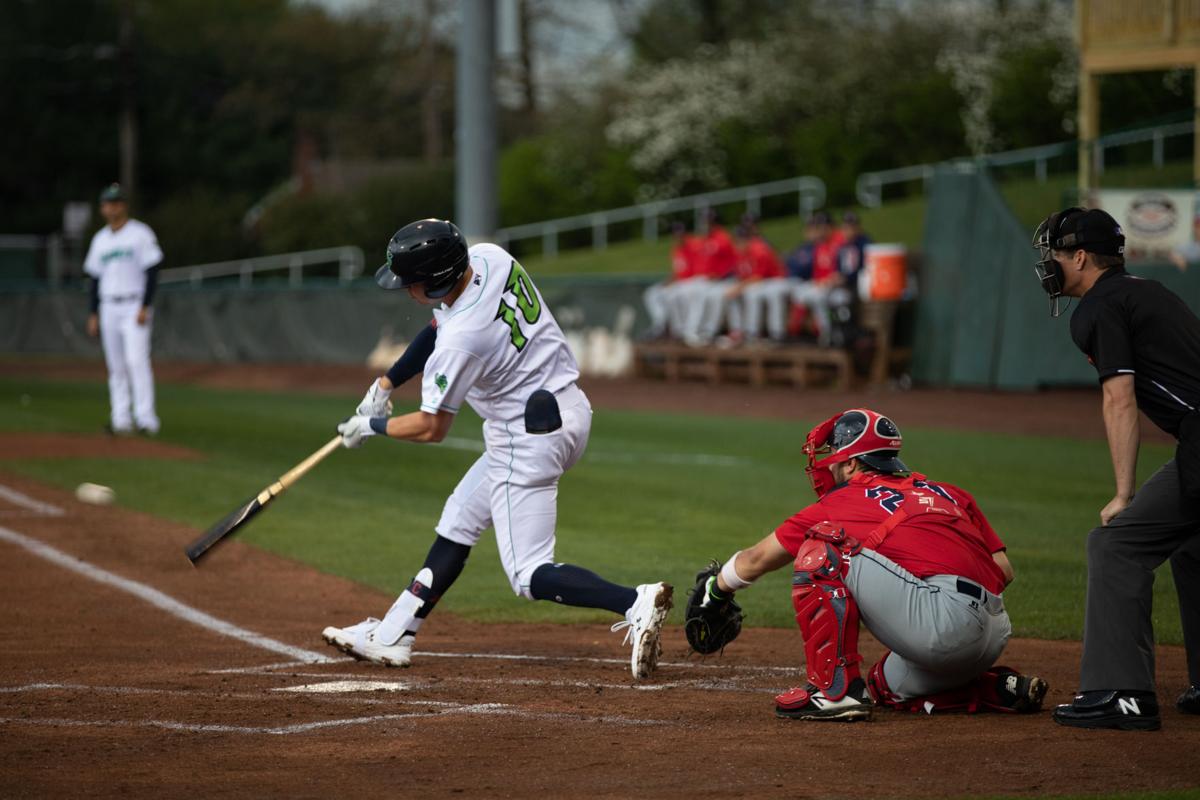 Nolan Jones takes a swing during the Lynchburg Hillcats’ home opener against Salem on April 8, 2019. 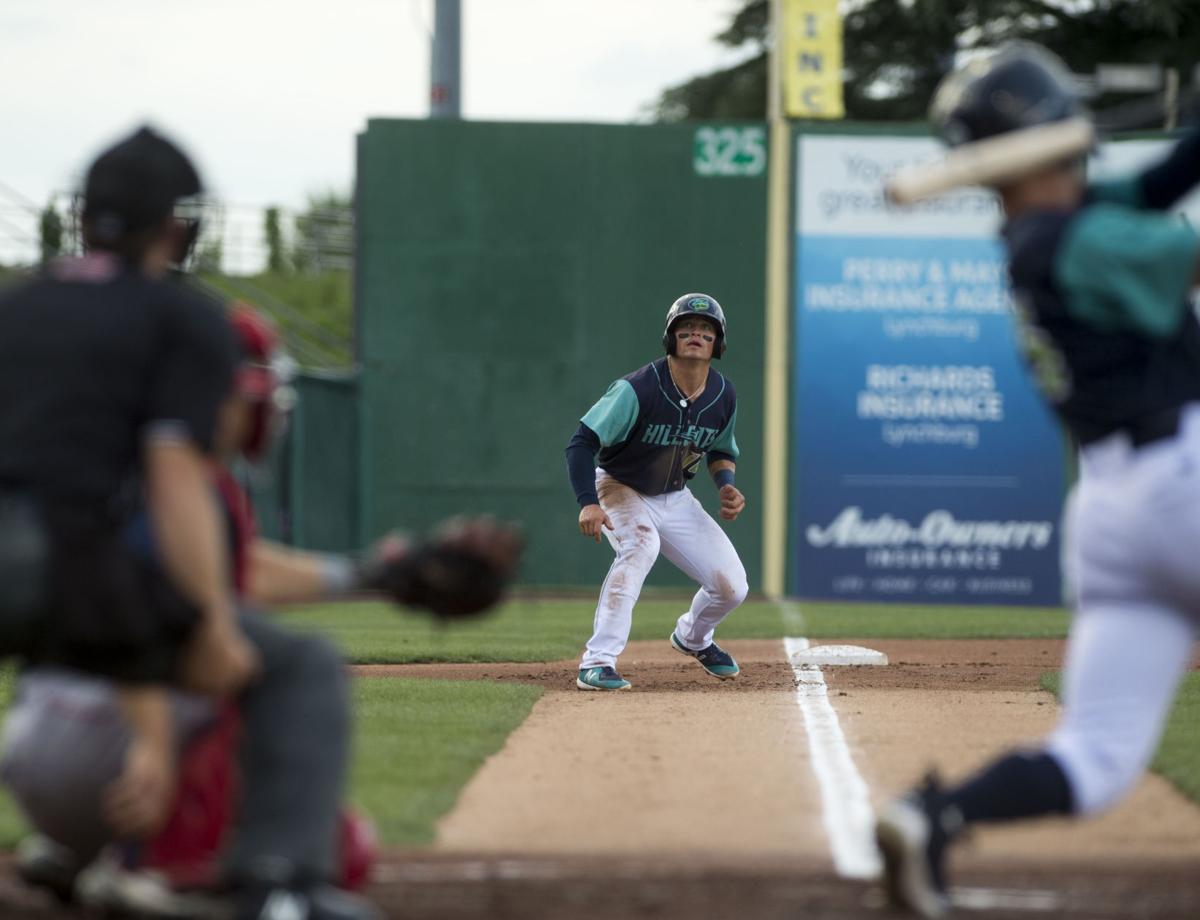 Mitch Longo watches a foul ball from third base at a Lynchburg Hillcats game against the Salem Red Sox on August 1, 2018 at City Stadium. (Photo by Taylor Irby/The News & Advance) 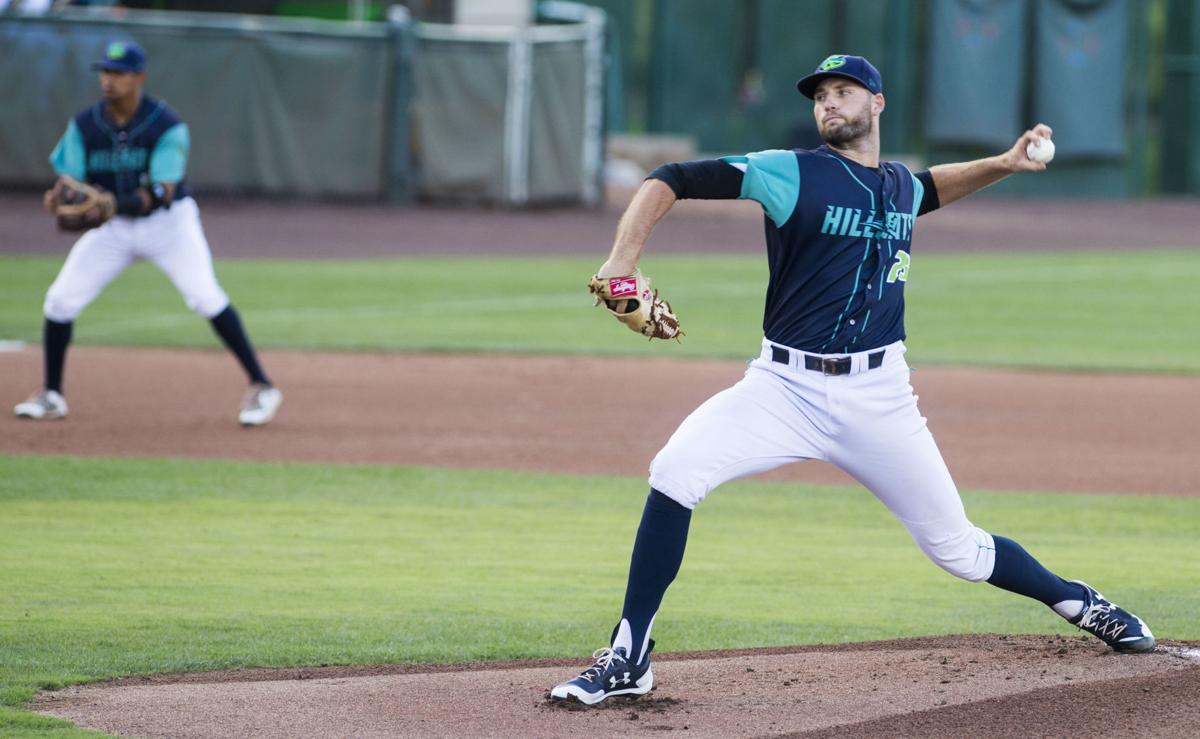 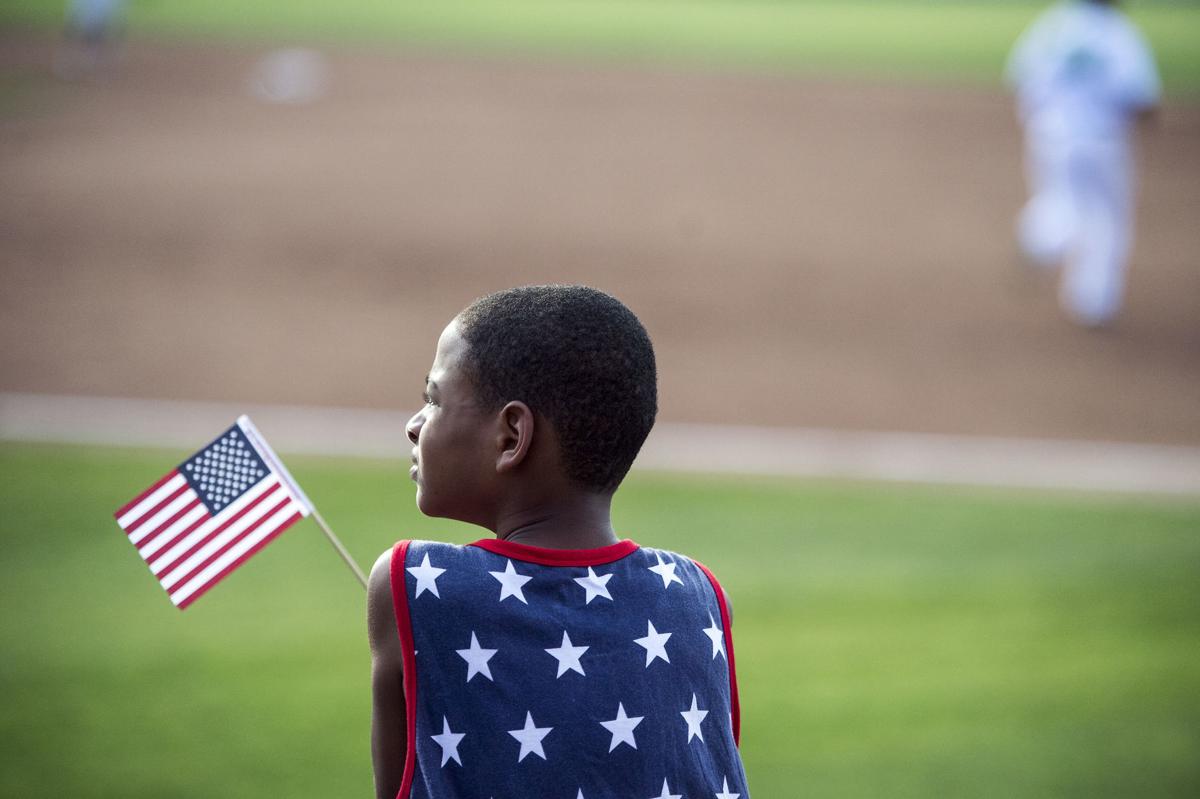 Keith Thomas, 10, waves a flag during the Hillcats game on the Fourth of July. 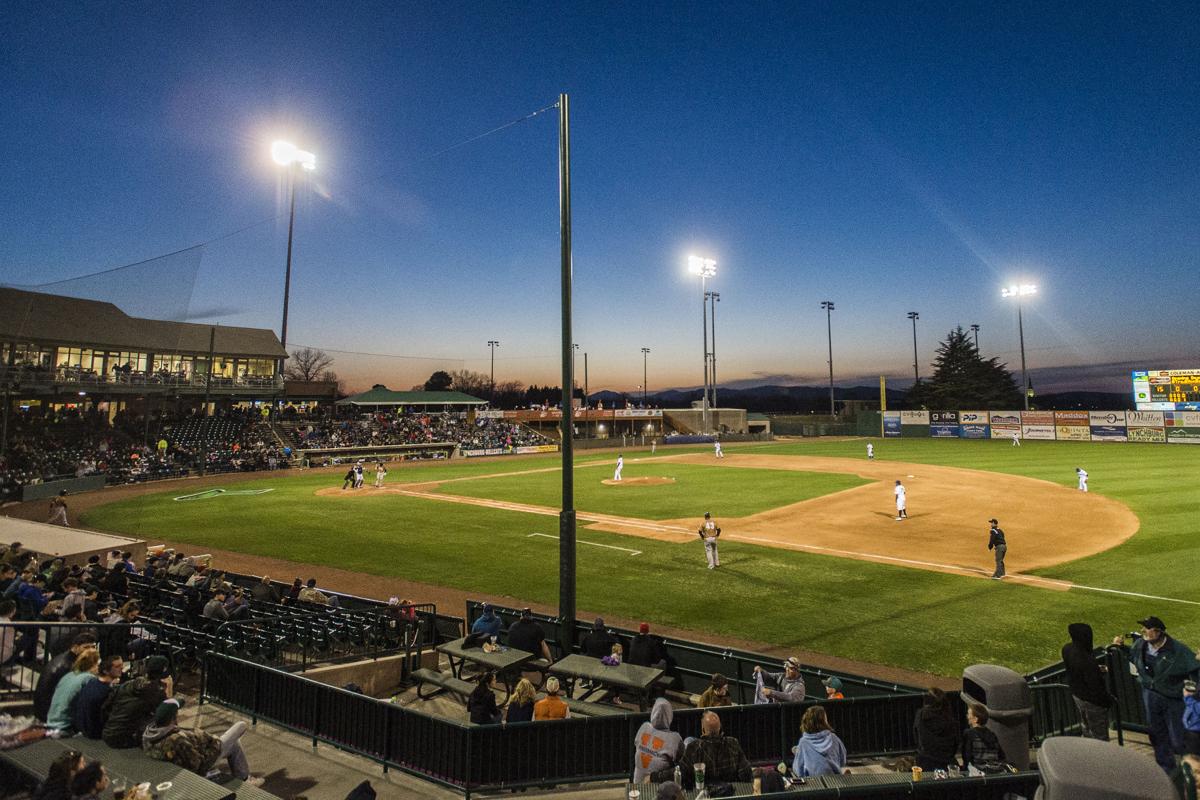 The Hillcats take on the Down East Wood Ducks in the season opener on Thursday April 5, 2018, in Lynchburg, Va. Photo by Lathan Goumas.

Minor League Baseball in Lynchburg is back.

After a 610-day layoff, fans will file back into the stadium to see the Hillcats compete again, for the first time since the 2019 season. The entire 2020 campaign was a victim of the coronavirus pandemic.

For Tuesday’s season opener, Jones and his staff have implemented a number of modifications, ensuring fans can enjoy a night at the ballpark safely.

In compliance with statewide orders, capacity at the stadium is capped at 30%, with some rows roped off to ensure social distancing. Fans (except those 2 years old and younger) are asked to wear masks, per a mandate from Major League Baseball.

The capacity limit at the stadium increases to 50% May 15.

Safety also applies to concessions, with the introduction of an app allowing for no-contact ordering. Fans order from their seats and pick up their food and drinks without waiting in line.

The Hillcats organization, like other minor-league teams, is employing a sort of bubble around the field to keep players safe, as well.

Access to the field is prohibited, per MLB guidelines, and only approved personnel are allowed in the clubhouse. There also are extra buffers around dugouts and the field to ensure distance between players and fans.

Spectators at any of the 60 games — which make up half of the shortened 120-game season — at Bank of the James Stadium (previously City Stadium) this year can expect to see an entirely new crop of players. The Hillcats became the Low-A affiliate of the Cleveland Indians, down from Class A-Advanced, in the offseason, which brings a litany of young talent to the Hill City.

Five of the Indians’ top 15 prospects, all of who are 20 years old or younger, will don Hillcats gear to start the season.

“We’ve never had that many top prospects ever. I’m excited about it. Right now, it’s been a great move,” Jones said of the Hillcats’ switch to Low-A.

A pair of pitchers, Daniel Espino (the Indians’ No. 6 prospect) and Lenny Torres (11), were first-round draft picks. Josh Wolf, who entered the Cleveland system as part of a Francisco Lindor’s trade to the New York Mets, comes in at No. 10.

Outfielders Angel Martinez (13) and Gabriel Rodriguez (14) are the other two top-15 prospects in the Hill City.

Six 19-year-old players are on the Opening Day roster, which also features players from seven countries.

The group will compete in a league known as Low-A East, which includes 12 teams.

Lynchburg is a member of the league’s North Division with the Delmarva Shorebirds, Salem Red Sox and Fredericksburg Nationals (who underwent a change in location and name after previously being called the Potomac Nationals).

Lynchburg mostly will play this season against teams from the North Division, cutting down on travel. Teams will compete in six-game series, after typically playing three- to four-game series in the past, with off days on Mondays.

In Lynchburg, games Tuesday through Saturday start at 6:30 p.m., while first pitch for Sunday games is either 3 p.m. or 5 p.m.

The Hillcats will stream games this season on MiLB.tv (where fans can watch via a subscription).

Maura Sheridan, who was set to make her debut in the broadcast booth for the Hillcats last season, will call games this year. She will become the first female broadcaster in the organization’s history.

“It’s exciting. Blazing roads that needed to be blazed long ago,” Jones said of Sheridan. “Her talent level’s way up there.”

Following a year without the sport in Lynchburg, Jones said he’s seen, overall, “an excitement about baseball” from loyal fans.

The combination of safety measures, regular promotions, the talent that will fill the diamond this year and the experience of an evening at the ballpark — which houses a field he said “has never looked better” — are reasons to make the trek to Bank of the James Stadium, Jones said.

The Hillcats will kick off the season with a six-game homestand against Fredericksburg. First pitch for Tuesday’s opener is set for 6:30 p.m.

As gates opened at the ballpark, clouds rolled out. Skies cleared, revealing the mountain backdrop behind the lit video board in right field and scoreboard in left. And fans starving for baseball in Hill City got their wish, 600-plus days after the Hillcats last took the diamond.

The Christiansburg driver suffered burns in an ARCA race Saturday and is on a ventilator.

Davis only started 10 games in college, but NFL scouts fell in love with his size, speed and strength.

Sam Mellinger: Stop with the ‘keep sports out of politics’ stuff. They’ve never been separate.

I don’t know who needs to hear this but …

A protest against the Glazer family, who owns several sports franchises in the U.S and the United Kingdom, led to the postponement of Sunday’s Manchester United-Liverpool match at Old Trafford Stadium in Manchester, England, after a group of fans stormed the field. The Glazers, who also own the Super Bowl champion Tampa Bay Buccaneers, have owned Manchester United outright since 2005 after ...

Juan Hillman delivers a pitch during the Lynchburg Hillcats’ home opener against Salem on April 8, 2019.

Nolan Jones takes a swing during the Lynchburg Hillcats’ home opener against Salem on April 8, 2019.

Mitch Longo watches a foul ball from third base at a Lynchburg Hillcats game against the Salem Red Sox on August 1, 2018 at City Stadium. (Photo by Taylor Irby/The News & Advance)

Keith Thomas, 10, waves a flag during the Hillcats game on the Fourth of July.

The Hillcats take on the Down East Wood Ducks in the season opener on Thursday April 5, 2018, in Lynchburg, Va. Photo by Lathan Goumas.