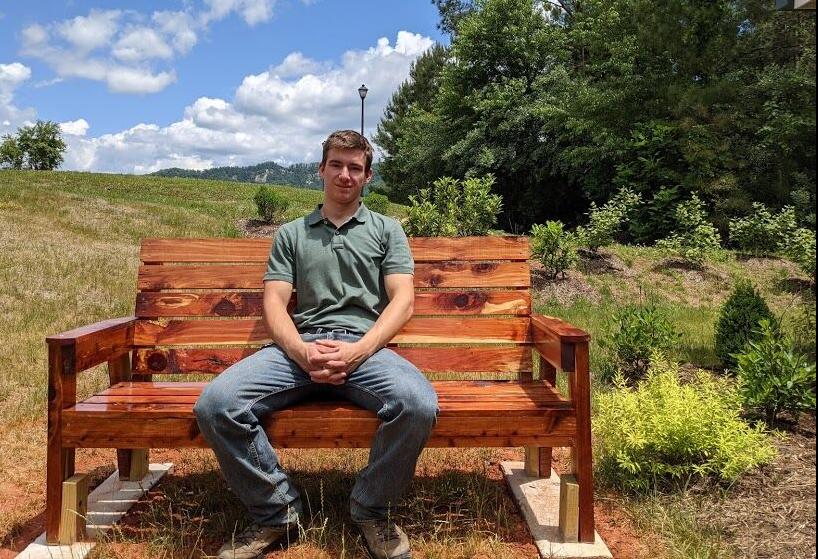 Gavin Miller sits on one of two benches he built for Nelson Memorial Library’s new pollinator garden on June 4. 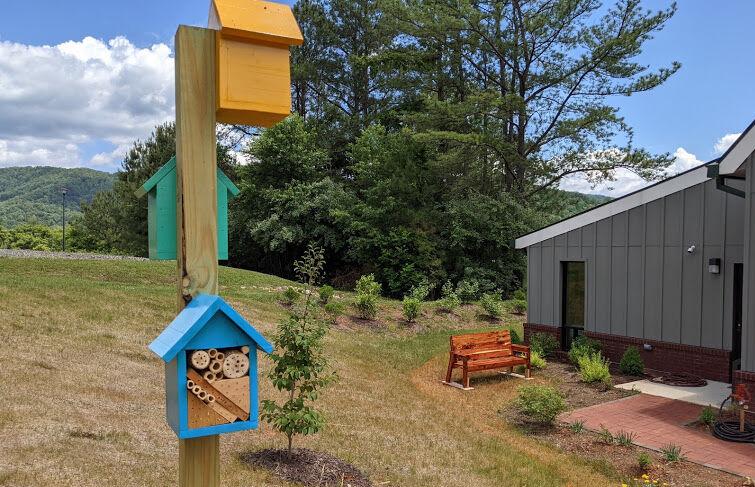 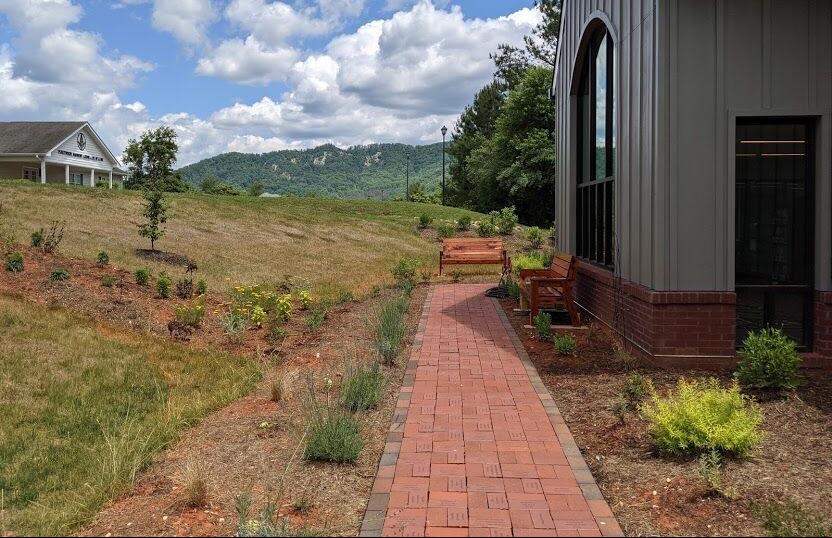 Nelson Memorial Library’s recently installed memorial walkway is pictured June 4. The walkway is part of the pollinator garden on the side of the building. 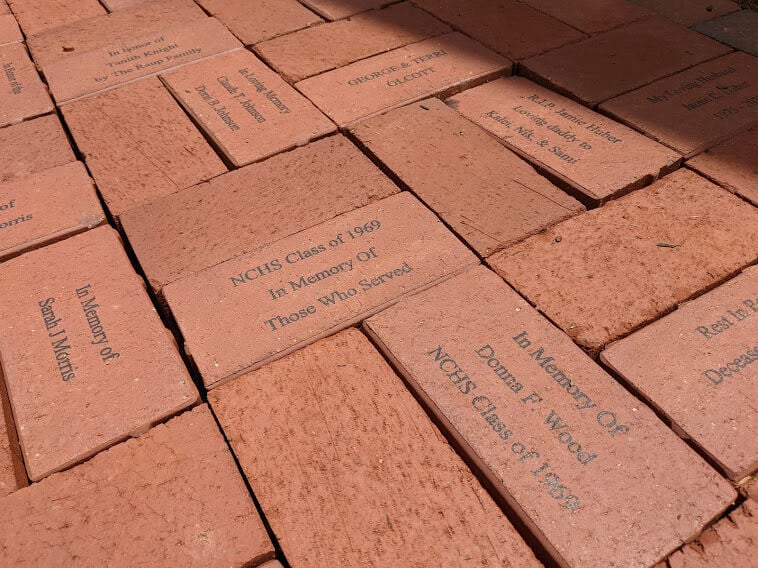 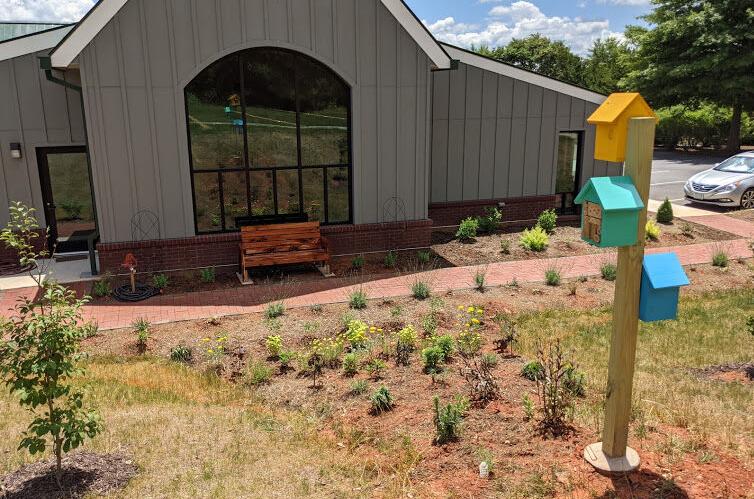 While still in need of some finishing touches, Nelson Memorial Library has mostly completed work on its new pollinator-friendly and sensory garden that incorporates a recently installed memorial walkway, which has been a large fundraising project for the organization.

Branch specialist Yulita Ellis said the garden will not only have plants that attract local pollinators but will feature different plants that relate to the five senses for children to explore. The space also has a “bee condo” and two cedar benches built by Gavin Miller, a Nelson resident who is soon to be an Eagle Scout.

Miller said his love of woodworking pushed him to build the benches for the library as he knew they were undergoing renovations and designing the new garden. Motivated to reach the rank of Eagle Scout since he was roughly 11 years old, Miller said this was an opportunity to simultaneously meet his service hours and help the community.

He said he offered to build the benches — constructed using donated materials from area businesses — on top of the library’s original request to build the bee condo.

With a goal of selling 200 bricks, Ellis said so far the library has managed to sell more than 300 with another order coming with dozens more customized bricks. Ellis finished installing the bricks currently on hand around early May after starting in March.

Ellis said she hopes the new space can be a peaceful place for people to sit and enjoy nature.

“This whole project has just been a really great community supported project from the initial start of our fundraising up until the day that we opened,” Ellis said. “The citizens and the patrons have just been so supportive of the project.”

The Morse Brothers Farm in Nelson County will receive more than $70,000 for a conservation easement to protect roughly 106 acres of farmland o…

Massies Mill carnival returns with rides, games, fun for everyone

From the evenings of June 15 to 19, hundreds of attendees flocked to the Massies Mill Ruritan Club's carnival, itching for something to do after a year that saw most every event cancelled, and the carnival was no exception.

Faber resident Pamela Brice will challenge incumbent Ernie Reed for the Central District seat on the Nelson County Board of Supervisors in the November election.

COVID-19 vaccination numbers have reached new heights in Nelson County with half of all residents being fully vaccinated, but as demand for th…

Gavin Miller sits on one of two benches he built for Nelson Memorial Library’s new pollinator garden on June 4.

Nelson Memorial Library’s recently installed memorial walkway is pictured June 4. The walkway is part of the pollinator garden on the side of the building.