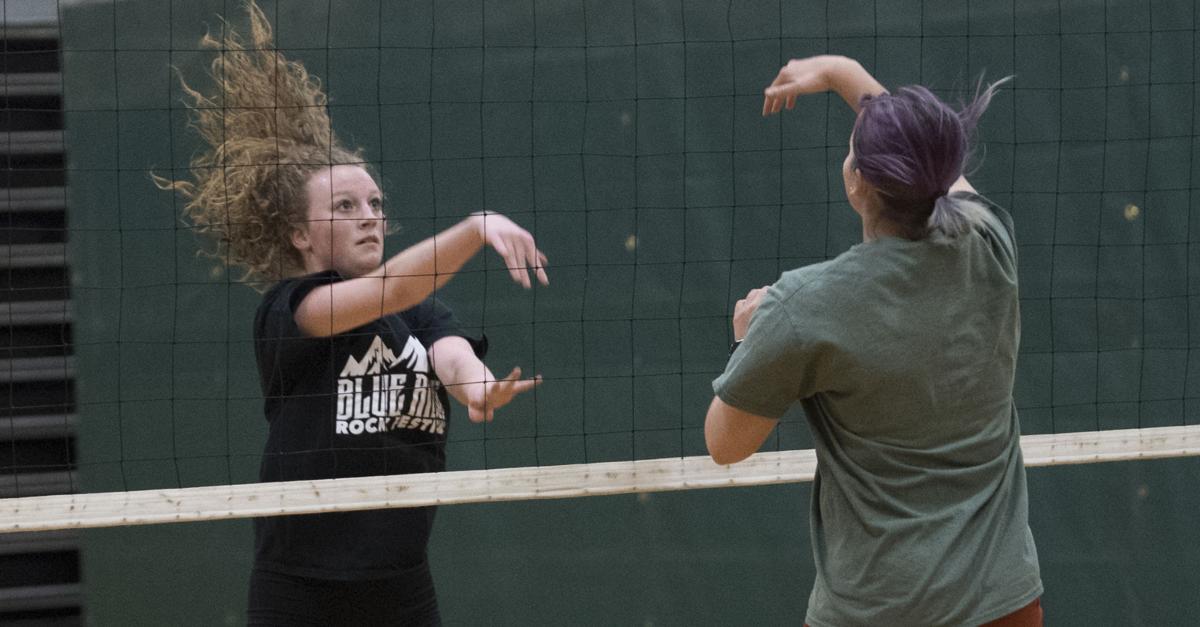 Lady Gov players work out at the net without a ball during last week's practice. 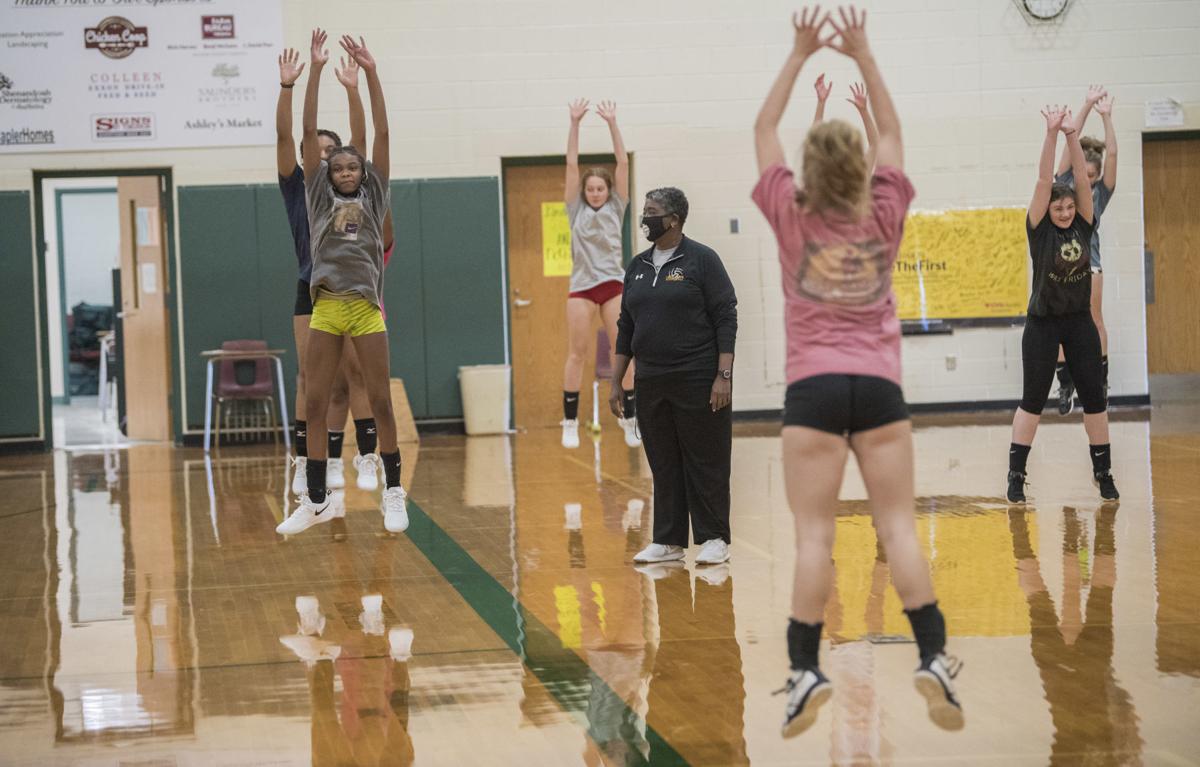 Toni Donagan, center, observes last week's volleyball practice as the season is set to get underway in early March. 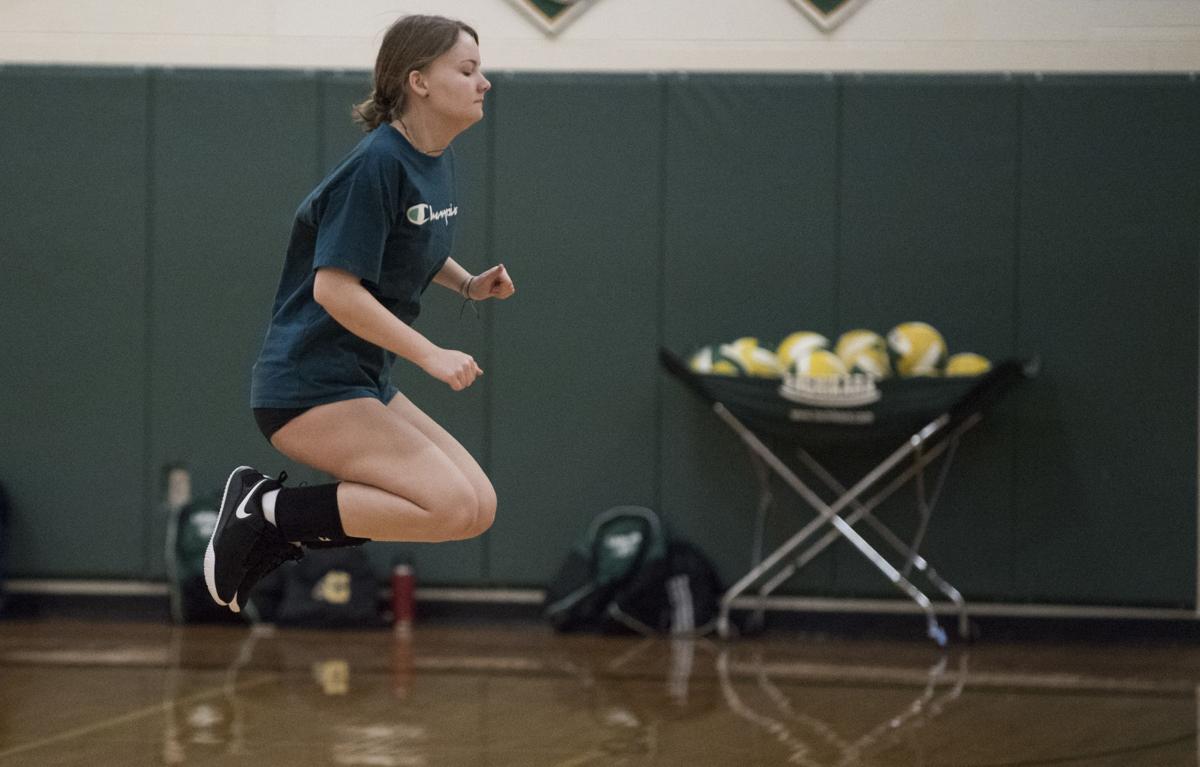 A Nelson volleyball player springs into her leaps at recent practice.

Longtime Lady Gov volleyball coach Vicki Crawford gets down with her girls during warmups before practice. 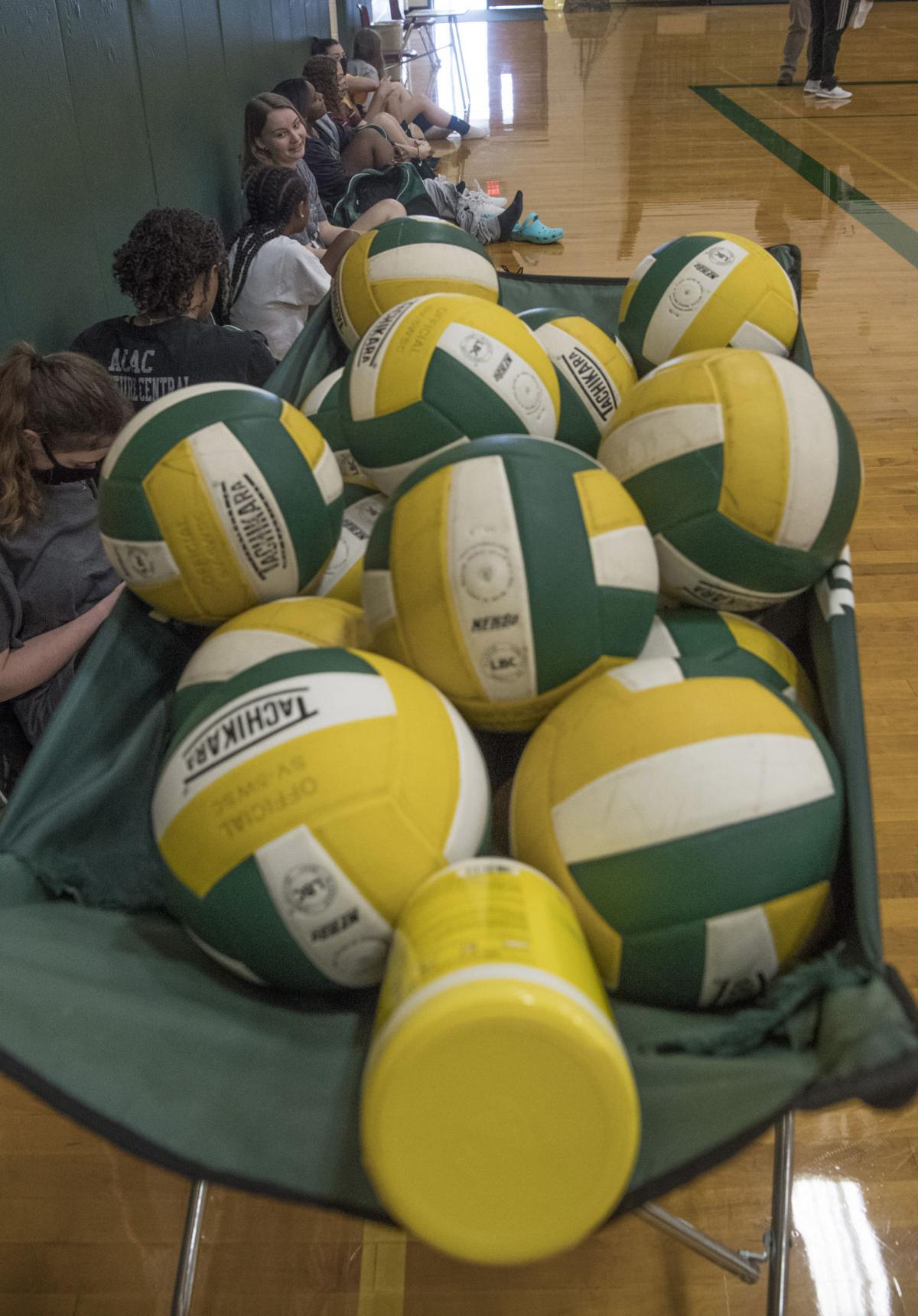 Lt. Lady Govs get set to hit the court for practice last week.

For the Nelson County Times

Despite a six-month delay from COVID-19 compounded by recent inclement weather, Lady Govs volleyball finally is back on the court.

“The anticipation for the beginning of the season has been like a roller coaster,” said veteran coach Vicki Crawford as she starts her 39th season at the helm for the Nelson varsity girls. “When they finally announced we could start, the girls were eager and ready to go. Offseason workouts proved to be very beneficial. It gave us a chance to condition after a long layoff. The energy in practice has been great.”

Crawford lists her seniors along with comments on each.

Hailea White: “Outside hitter; three-year starter, All-District player her junior year. She will be one of the leaders this year. Her outstanding play can motivate others around her.”

Abigail Foley: “Setter; three-year starter. Abby will be running the offense this year. We are changing offense from a 6-2 to a 5-1. She does an outstanding job recognizing where her hitters need the ball.”

Lauren Armstrong: “Right side hitter; three-year starter. Lauren is making the transition from Libero to right side hitter. Her ability to jump high gives her the opportunity to be able to block.”

Brenna Sherwood: “Middle blocker; two-year starter. Brenna moves from right side to the middle this year. After graduating both middle blockers, Brenna will take over that position. Her strong reach and ability to read the ball is what makes her a good middle.”

Crawford said the virus shortened the season from 20 to 12 games. She recently told her team, “Hey, 12 is better than none.”

Crawford said her team’s goal this season, which is set to kick off March 2 against Altavista, is to finish.

“Hopefully everyone stays healthy and we are able to have a full season,” Crawford said. “There are some really good teams in our district. Our goal is to finish at the top.”

Another bright spot for Crawford’s staff is the addition of former standout athlete Candy Baker Dowell.

“Dowell joins us this year as my assistant. I am very excited to have Candy back,” said Crawford. “She played for Nelson County then went to college and played at Bridgewater. After college she came back and coached with me. And now she has returned. Her knowledge of the game and enthusiasm will be a tremendous benefit to our program.”

Mistakes doomed Dan River in the first two sets, and Nelson prevailed in a back-and-forth third set to capture a 3-0 victory in the first roun…

The COVID-19 pandemic delayed the start of the volleyball season by several months and after a shortened season the virus struck again, ending…

Nelson County High School’s golf team, like many of the other Govs sports, has a new coach this season. Tom Allen has taken over the duties.

The Lady Govs volleyball squad had a full slate of games last week and would end up going 2-1 in Dogwood action.

In Naruna, William Campbell rolled to a second lopsided victory over Nelson, this time at home Friday night.

Lady Gov players work out at the net without a ball during last week's practice.

Toni Donagan, center, observes last week's volleyball practice as the season is set to get underway in early March.

A Nelson volleyball player springs into her leaps at recent practice.

Longtime Lady Gov volleyball coach Vicki Crawford gets down with her girls during warmups before practice.

Lt. Lady Govs get set to hit the court for practice last week.