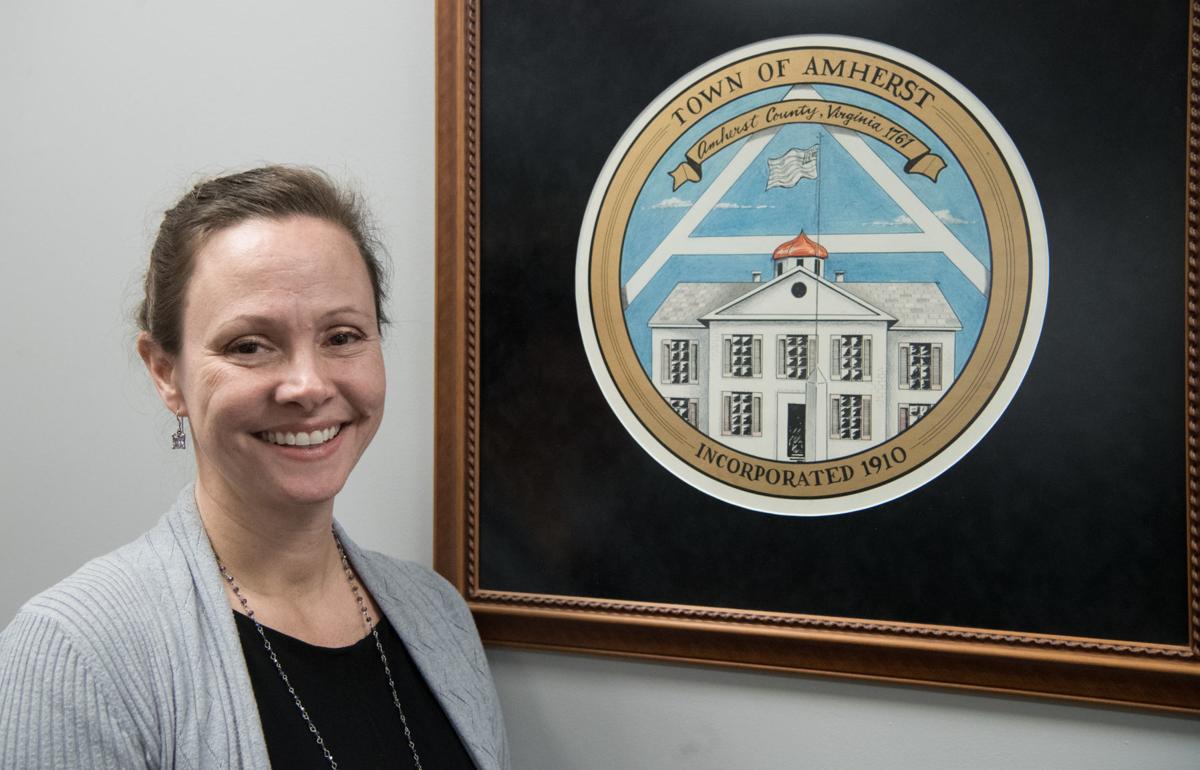 Sara Carter, the first female town manager in Amherst's history, is pictured in January 2018 at the Amherst Town Hall. 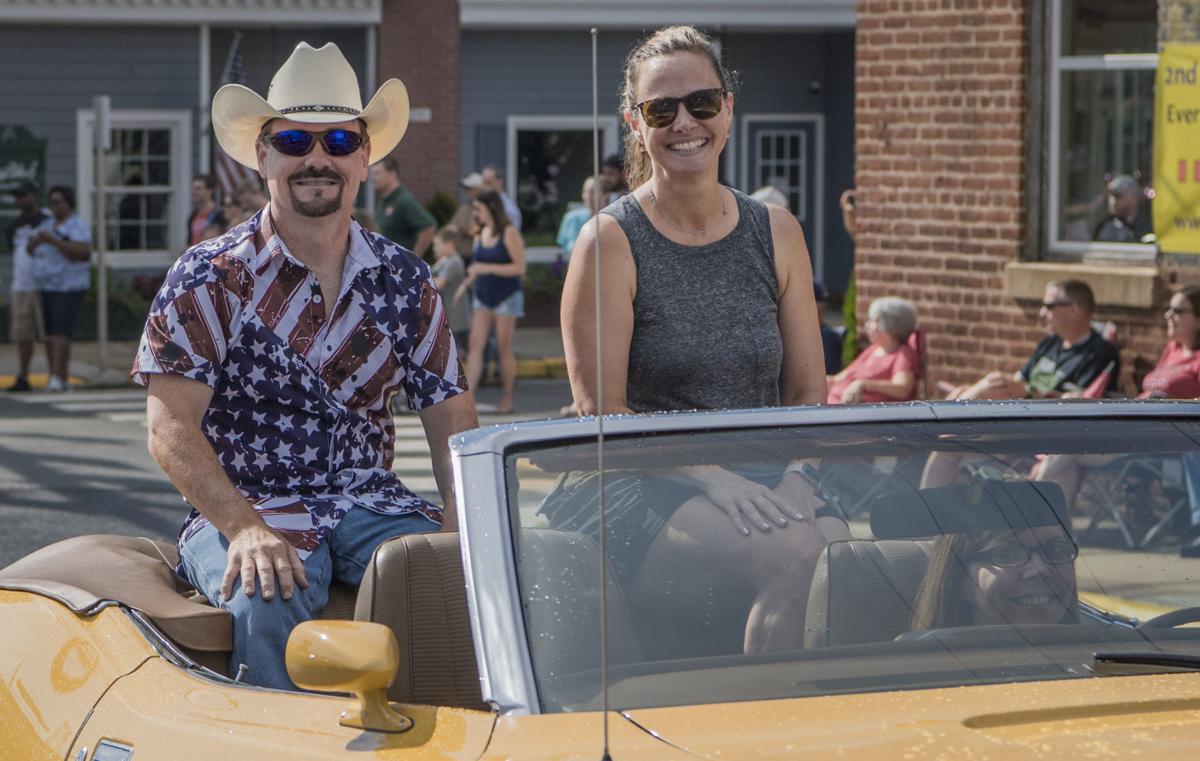 Singer Tommy Wood, who performed during a June 2019 first responders parade in Amherst, and Town Manager Sara Carter smile during the festivities. Carter served as grand marshal for the parade. 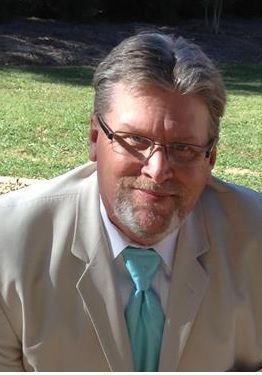 Amherst Town Manager Sara Carter was injured in an accident over the weekend and is recovering in a hospital, Amherst Mayor Dwayne Tuggle announced Wednesday at Amherst Town Council’s meeting.

Tuggle said Carter suffered internal injuries and underwent surgery at the University of Virginia Medical Center. After a closed session, council by a formal vote recognized Tuggle, who has held the mayor role since January 2017 and was reelected to a four-year term in November 2018, as acting chief administrator for the town in Carter’s absence.

“We ask for the public’s prayers for [Carter] and for a rapid recovery,” Tuggle said.

Vice Mayor Rachel Carton said during the meeting’s invocation council is praying for Carter and her family during a difficult time and is hopeful for her to quickly heal.

Carter, Amherst’s first female town manager, has been at the helm of the town government’s daily operations since Jan. 10, 2018. She succeeded Jack Hobbs, who served a quarter-century in the role, and Peter Huber, who served the role in an interim capacity until Carter’s hire in December 2017.

Before coming to Amherst she previously served as Cumberland County’s planning and zoning administrator and had stints on Appomattox County’s board of supervisors and planning commission.

According to council’s vote Wednesday, Tuggle can carry out duties as the town’s chief administrative officer as needed on a temporary basis until Carter’s return or a potential interim appointment.

In July many churches across Amherst County are buzzing with children’s laughter, colorful props and spiritually enriching gatherings as part …

Venue for weddings, events and overnight stays gets go-ahead

An event area for weddings, church retreats and other social gatherings at a 15-acre site on Stapleton Road has been given a green light from …

A trip to court in Amherst County recently became a bit more expensive.

In a move to greatly reduce the financial blow of the coronavirus pandemic on Amherst County Public Schools, county officials recently approve…

A new grant program is up and running to help small businesses in Amherst County struggling from the fallout of the coronavirus.

The Amherst County Museum and Historical Society and Amherst Glebe Arts Response, Inc. (AGAR) are putting together an exhibit to celebrate the…

Sara Carter, the first female town manager in Amherst's history, is pictured in January 2018 at the Amherst Town Hall.

Singer Tommy Wood, who performed during a June 2019 first responders parade in Amherst, and Town Manager Sara Carter smile during the festivities. Carter served as grand marshal for the parade.