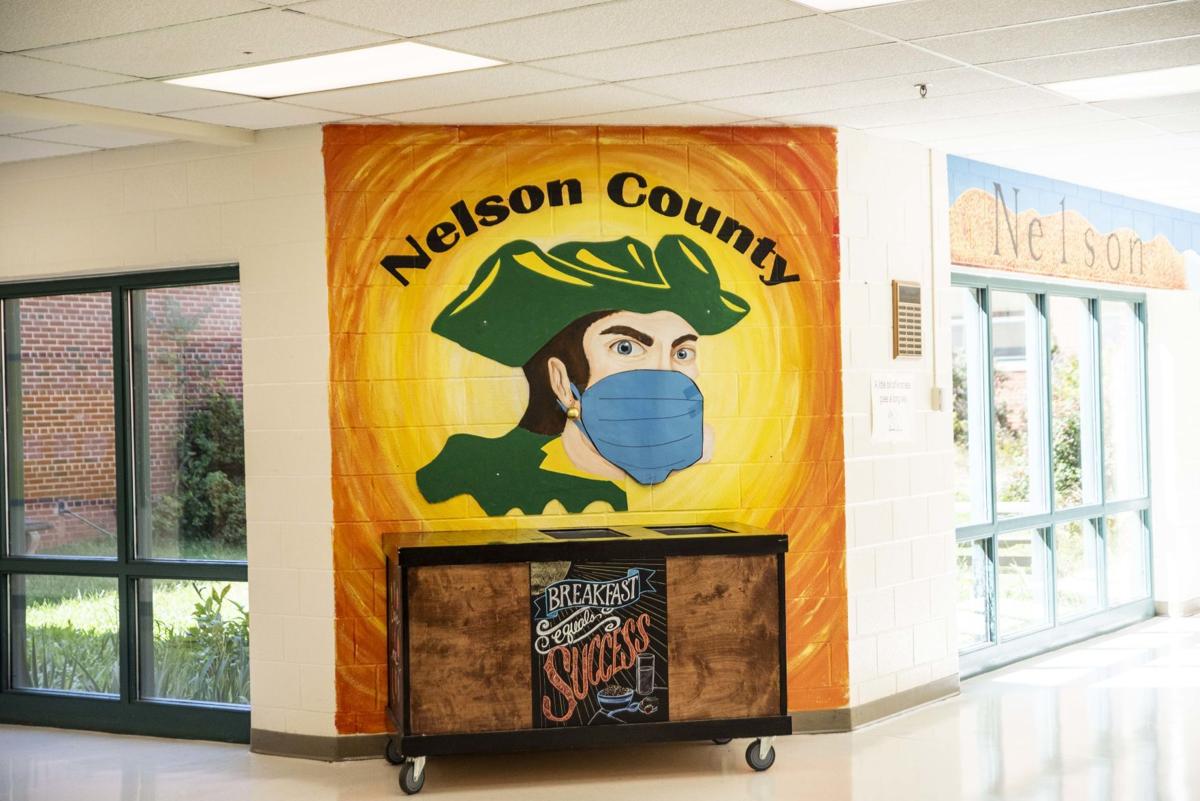 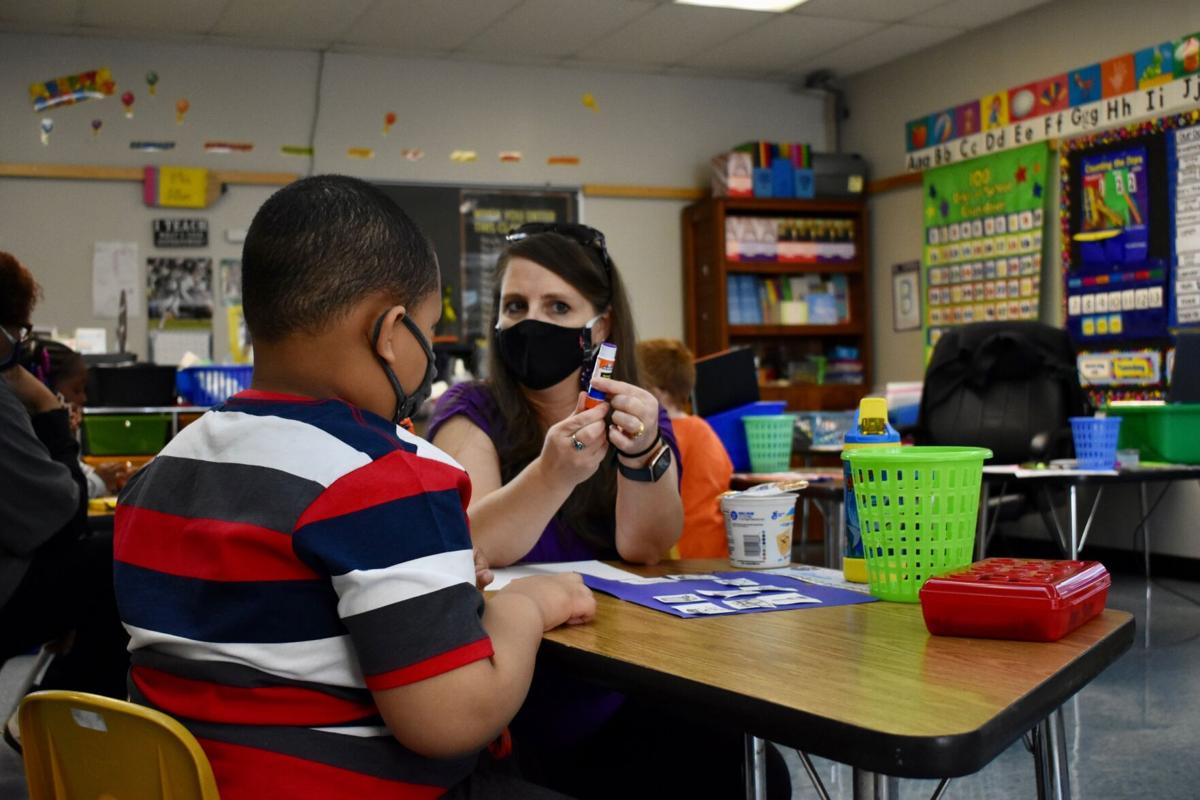 Kindergarten teacher Rebecca Allen works with a student in person from her classroom at Tye River Elementary School on March 11. 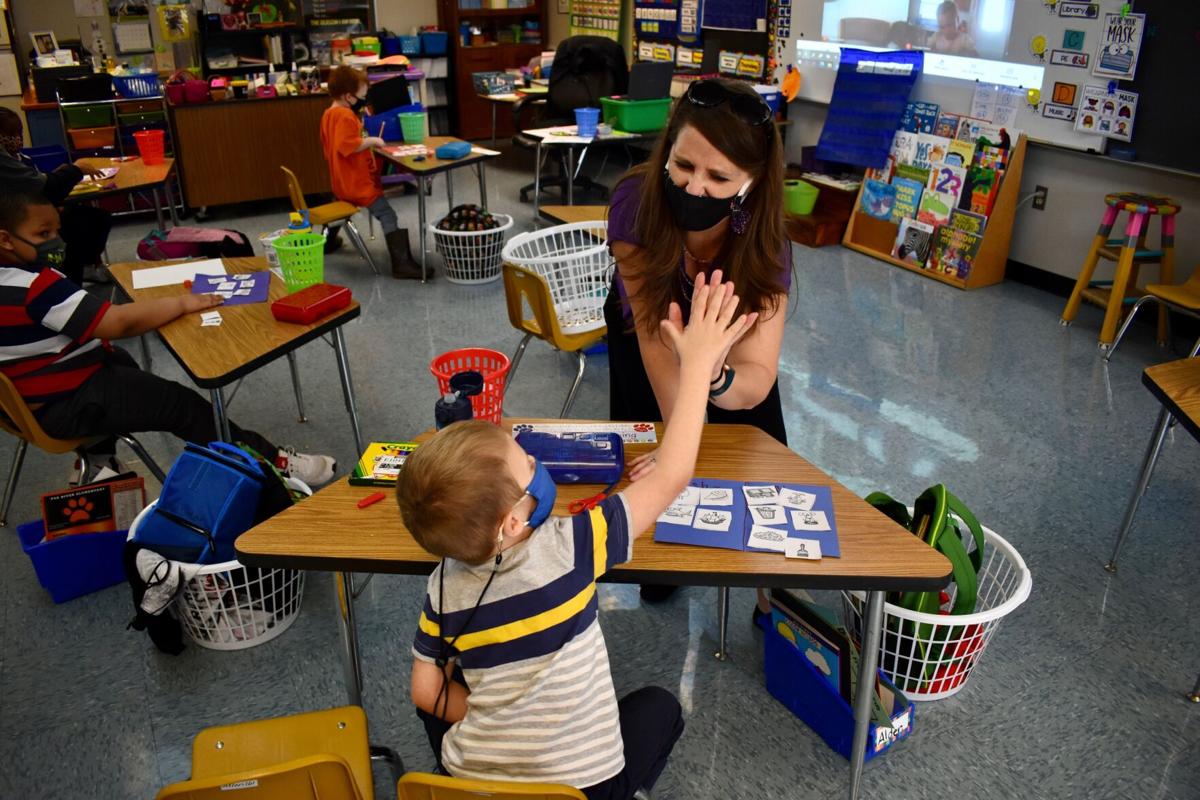 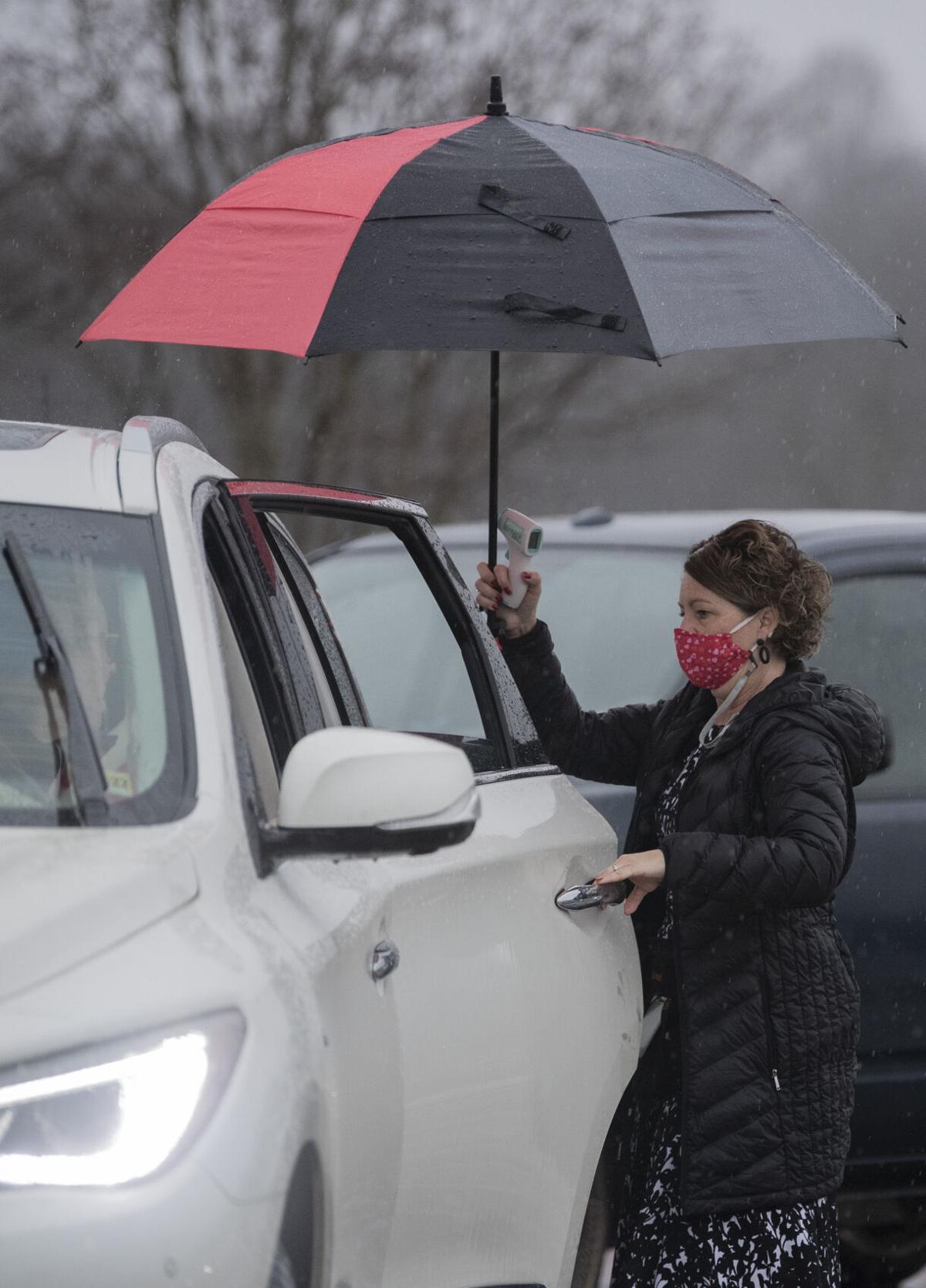 Nelson County Public Schools has accomplished what it set out to do at the beginning of March: bring all grade levels back into a hybrid format by the end of the month.

The division welcomed back its third and final phase of students to hybrid learning — consisting of a blend of two in-person and three at-home days — with grades nine through 12 returning to the classroom March 29.

Nelson County High School Principal Chris Sumner said having students back in the classroom has been a “welcome change,” with student and staff excited for the change and “lots of smiles and learning happening all around.”

For many high school students, it’s been more than a year since they set foot inside the building. Schools were shuttered in March 2020 as a response to the worsening COVID-19 pandemic, although at the time, the disease had yet to really make its presence known in the county.

During an April 1 Nelson County School Board meeting, Superintendent Martha Eagle noted 59% of students had returned for in-person learning, with the remaining 41% remaining in fully virtual learning — a slight deviation from what has been observed at the other grade levels.

“Our entire staff misses those who aren’t coming into the building, but we also understand and respect the various reasons that our virtual students and their families choose to continue with remote instruction,” Sumner said in an email April 1.

Eagle previously noted roughly 75% of students and families had opted to make the transition to hybrid learning with the remaining quarter choosing to stay 100% virtual from the previous phases — the first being grades pre-K through three and the second being grades 4 through 8 with a two-week buffer between.

In the first week of being back at school, Sumner said, students and staff made the transition “seamlessly.” He noted staff and faculty held meetings with both the A and B cohorts Monday and Wednesday to set expectations for the new school environment. Virtual students also were given expectations for the remainder of the year.

“Students and staff have followed all expectations and protocols without exception since,” Sumner said.

Attendance rates across all four county schools have remained at a 90% average, Eagle said, but she expected that should improve as students and families settle into their new routines.

The Nelson County School Board approved the phased rollout of hybrid learning in February.

Board members during the April 1 meeting praised school staff for their work in getting students back to the classroom.

“I have witnessed firsthand the process at the middle school and high school and it is running like clockwork so I really do appreciate all the hard work,” North District board representative Janet Turner-Giles said.

With the majority of the school year having been spent in an entirely virtual format in which students could participate in either synchronous or asynchronous instruction depending primarily on their accessibility to internet, Sumner said the school is working on addressing education gaps.

He said teachers currently are auditing their pacing guides to determine what skills they covered and what skills still need to be covered going forward and teachers in subsequent classes will adjust their pacing for next year to cover any necessary prerequisite skills.

The division also is considering summer learning options for its students.

“Ultimately, it will take some time and effort but I’m confident that our division, staff, and students will get our students back on track despite the pandemic-related setback,” Sumner said.

Only weeks away from the May 8 unassembled Republican convention, gubernatorial candidate Pete Snyder stopped in Nelson County to speak with r…

Additional details have emerged from developers regarding an affordable housing development to be built in the Wintergreen community of Nelson County.

The Nelson County Board of Zoning Appeals in 4-1 vote April 6 upheld a determination by county staff that a Shipman property constituted a junkyard after the occupant submitted an appeal to the violation in March.

Funding to perform a study meant to examine the feasibility of consolidating the county's two elementary schools is included in the FY22 draft budget, reigniting arguments amongst board members that have been largely absent in the past year.

'It's time to retire': With six-year struggle now behind them, some opponents of ACP moving on

Incumbent and current chair of the Nelson County Board of Supervisors Ernie Reed has announced his intention to seek a second term representing the Central District seat, serving residents of Faber and Nellysford.

Trey Thomas Garrison, 21, was sentenced to seven years with all but 180 days suspended for three felony county of grand larceny and breaking and entering and was ordered by the court to pay a more than $15,000 restitution to the business.

Following the Blue Ridge Health District's shift into phase 2, the health district on April 13 released a sharable link for any person ages 16…

Kindergarten teacher Rebecca Allen works with a student in person from her classroom at Tye River Elementary School on March 11.